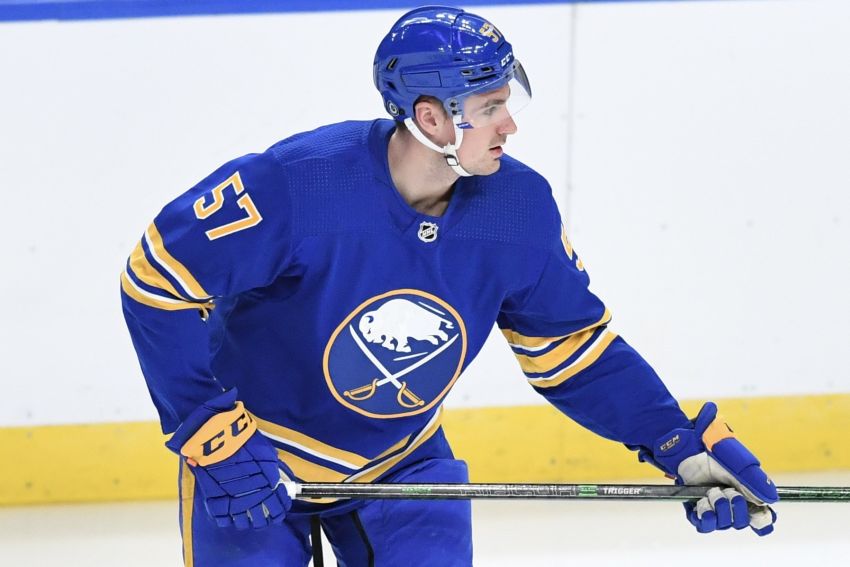 PITTSBURGH – Through their first 11 games this season, Buffalo Sabres prospects JJ Peterka and Jack Quinn have combined to score a whopping 12 goals and 29 points with the Rochester Americans.

Barely five weeks into their rookie campaign, the 20-year-old wingers have established themselves as two of the AHL’s most electrifying talents.

Still, when the Sabres have needed an extra forward, they’ve chosen 23-year-old Brett Murray, who led the Amerks in scoring last year.

The Sabres clearly want Peterka and Quinn to be paying their dues and playing games in the minors. So Murray, who turned pro in 2019, has become their first option.

“We’re in this for the big picture of developing guys and we’re not in a rush,” Sabres coach Don Granato said prior to Tuesday’s 2-1 win over the Penguins. “We’re going to do it the right way and we think of that even with callups now. We called up Brett because we figured with where he’s at, it made more sense than bringing a young player up.”

The Sabres on Monday recalled the 6-foot-5, 228-pound Murray to serve as an extra forward. He sat out Tuesday’s game inside PPG Paints Arena. In his first stint this season, Murray played once during the Sabres’ four-game road trip, making his third NHL appearance Oct. 31 against the Los Angeles Kings.

Update: Murray has been sent back to Rochester.

“If (Murray) has to play in any moment, we’re extremely comfortable with him, as we would be with several guys in Rochester,” Granato said.

Murray, a fourth-round pick in 2016, 99th overall, has developed into an intriguing prospect. Last season, he compiled nine goals and 20 points in 27 outings for the Amerks and played in Buffalo’s final two games.

After enjoying a strong training camp this year, it appeared he would be in line for an early recall.

“That gives me more and more confidence every day that they have trust in me to recall me twice now,” Murray said.

Murray soaked up everything he could during the Sabres’ western swing, his longest stint in the big leagues.

“There’s some really good vets in there and just to be around them and to learn from them, they’ve been through it,” Murray said. “I’m sure they’ve been recalled many times in a season, it seems as I’m going through (that) right now.

“So just to learn from their experiences it adds, again, to the confidence level, just to feel more comfortable in the locker room and be around those guys. (I can) see what the NHL level’s like and the lifestyle and the way you have to act and perform on a daily basis to stay up here.”

Murray has performed well in limited action with the Amerks this season, scoring two goals in five games.

“We played really well as a team, collectively and individually,” Murray said. “I felt really good getting back down and getting some games in.”

After undergoing wrist surgery in September, Crosby tested positive for COVID-19 following his season debut. He returned Sunday after a five-game absence.