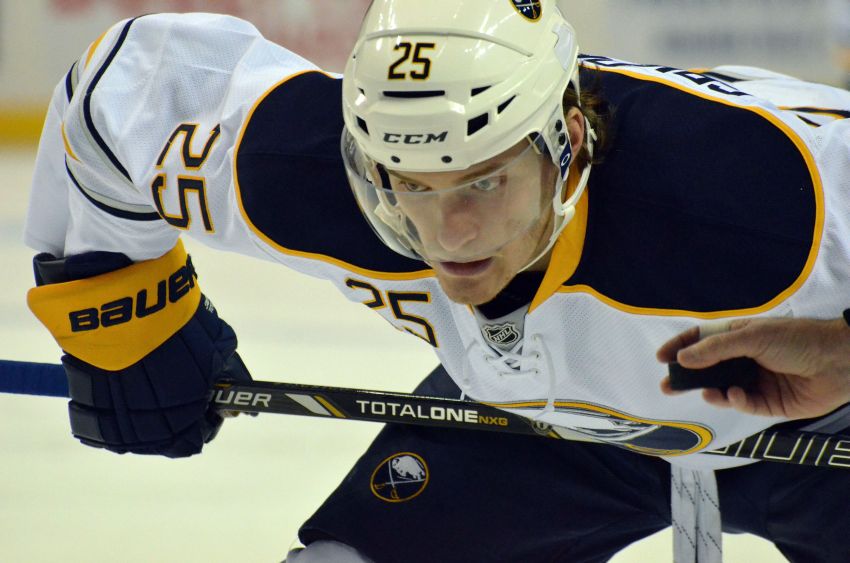 “We have an additional three or four months of development that we otherwise wouldn’t have had with a longer season,” Regier said Tuesday in announcing Grigorenko would be staying with the Sabres this season. “This isn’t a full-season decision; it’s a half a season, albeit a half a season with more pressure.”

When the Sabres’ skate ended Tuesday morning, coach Lindy Ruff called his team together at the bench and told his players Grigorenko would be sticking around.

“It felt really good,” an excited Grigorenko said minutes later inside the First Niagara Center prior to scoring his first NHL goal in the Sabres’ 4-3 overtime loss to the Toronto Maple Leafs. “I was happy to know that guys are happy to have me here.”

The first season of Grigorenko’s three-year, entry level contract has officially been used. There’s no going back. It’s easy to forget, but the 12th overall pick in June’s NHL Entry Draft was still looking for his first NHL point.

The Sabres discussed a lot. But they saw a youngster who’s grown in his first five NHL games. They believe he looks like he belongs. He already makes some smart and slick plays.

Still, Regier and Ruff warned Grigorenko during their meeting Tuesday that he hadn’t arrived yet.

Sabres winger Thomas Vanek (muscle strain) returned after a one-game absence. The Austrian was back skating on the left wing beside Pominville and Cody Hodgson, the Sabres’ top line. He assisted on Pominville’s first-period goal, his 10th point.

Ruff said Regehr’s injury was “short-term.” He was spotted walking out of the FNC in a walking boot.

Rookie T.J. Brennan and Mike Weber made their season debuts on the blue line.