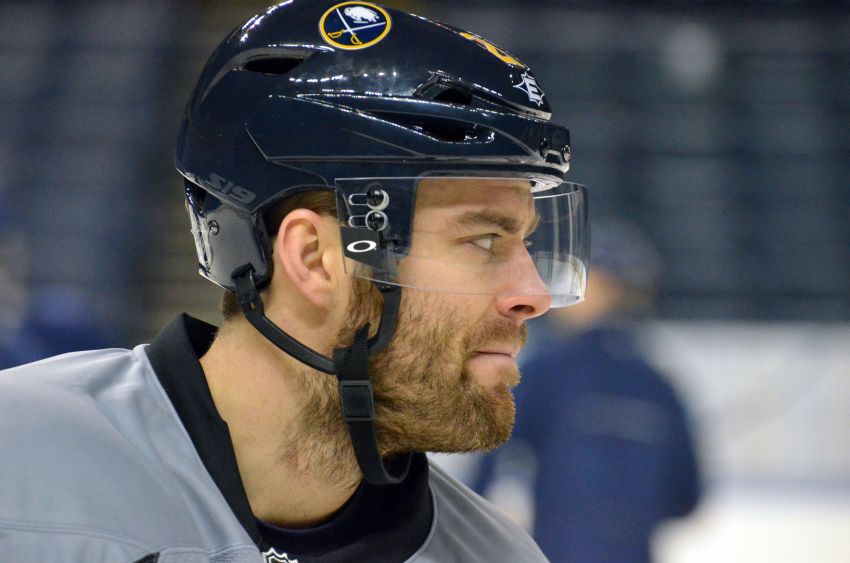 BUFFALO – Right now, Sabres winger Ville Leino has no plans to undergo surgery on the injured right hip that sidelined him a fourth straight game Friday.

Leino enjoyed a strong 20-minute skate Friday morning inside the First Niagara Center before he began feeling tired and the hip tightened up, he said. Still, that represents progress.

“It feels better,” Leino said prior to the Sabres’ 3-1 loss to the Carolina Hurricanes. “Today it felt a lot better.”

Ruff said another player underwent Leino’s treatments last season and has “been good ever since.”

Leino experienced a rough acclimation to the Sabres in 2011-12, compiling only eight goals and 25 points in the first season of a six-year, $27 million contract.

Can you blame Nathan Gerbe for getting really hot?

“He said he wanted to keep me away,” Gerbe said Friday. “But if we can’t touch them, then why can they grab us? … It’s a Catch-22 there. So I just decided to not touch him and keep my mouth shut. I don’t feel like doing any suspensions or anything like that.”

Gerbe’s troubles began when Philadelphia’s Marc-Andre Bourdon rammed him into the boards from behind on December 7, 2011. Gerbe kept playing, but his condition deteriorated over the ensuing months. He had surgery in July.