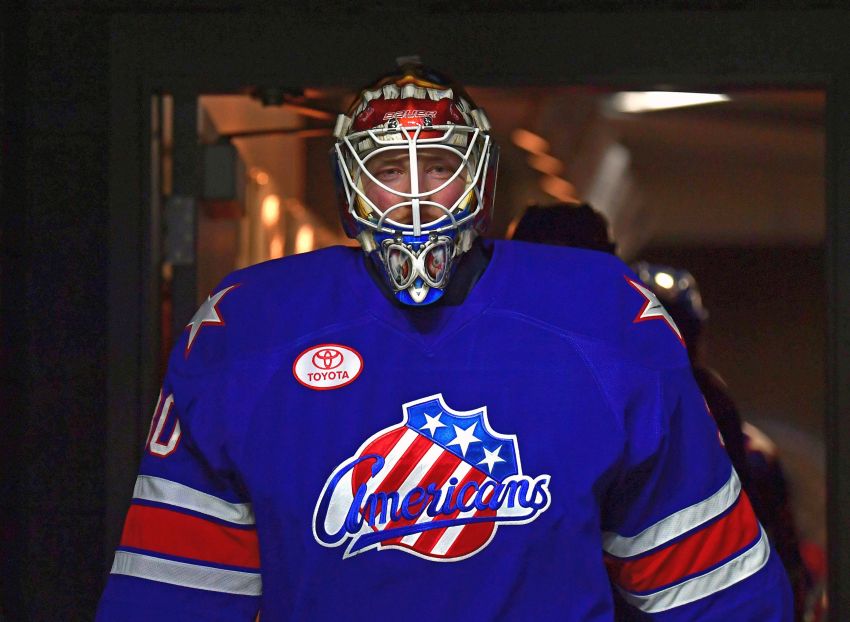 BUFFALO – About 10 days before Linus Ullmark’s wife, Moa, gave birth to a baby boy, the goalie started giving a physical therapist in Rochester his phone during practices in case she went into labor.

After the Sabres recalled Ullmark from the Americans on Tuesday, he let Michael Adesso, the Buffalo’s assistant athletic trainer and physical therapist, hold his phone when he was on the ice.

“Obviously, he didn’t understand Swedish, so I had to read it,” Ullmark said today inside KeyBank Center.

So Ullmark, 24, left the ice and began talking on the phone with all his equipment on.

“It turns out that she thought the water broke at that time, so I just buzzed off … to Rochester,” he said.

On Thursday, Moa had Harry, the couple’s first child.

“I’m speechless,” Ullmark said. “You’re standing there, you can’t do anything without giving your wife your support and even that isn’t enough sometimes through all the pain and suffering. But it was worth it in the end. … We’re on cloud nine.”

Ullmark said he did well during the labor.

“She didn’t snap at me or anything,” he said.

The Sabres, of course, recalled Ullmark, their top goalie prospect, to play. Chad Johnson, however, will start Saturday afternoon’s home tilt against the Chicago Blackhawks.

Sooner or later, Ullmark, who wasn’t with the team Thursday, will receive some action.

“I’ve just been excited about what’s happening on the other side of the ice,” he said. “So for me now coming back, it was a good opportunity to get the feel of it, being a parent and a hockey player at the same time. I’m looking forward to it.”