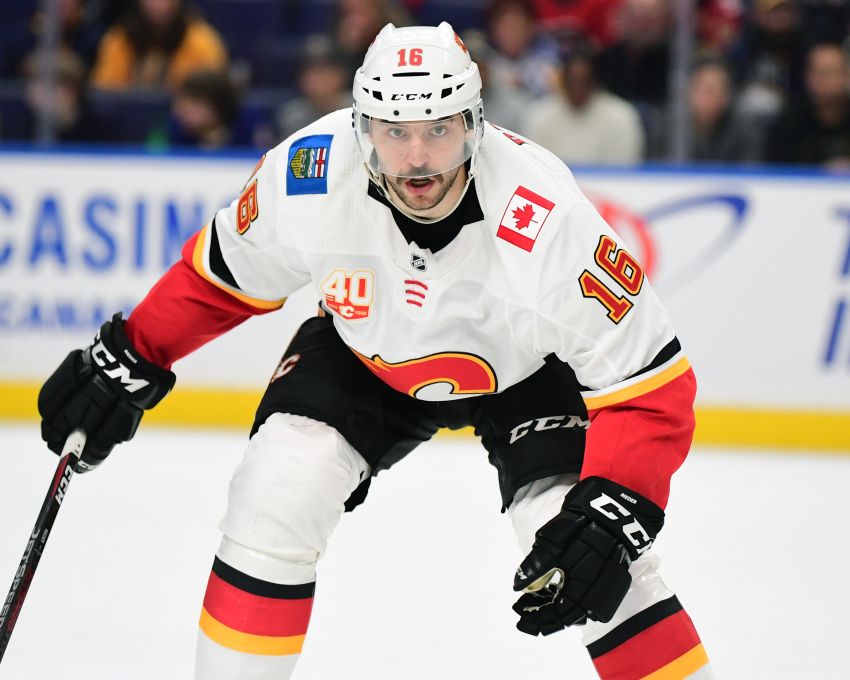 Not surprisingly, teams showed little interest in Rieder following his miserable season. The German ended up settling for a tryout with the Calgary Flames, and he impressed them enough during training camp he earned a one-year contract.

So Rieder, 27, felt a sense of satisfaction when he signed a one-year, $700,000 contract with the Sabres shortly after free agency opened Oct. 9.

Last year, he waited nearly three months to land a contract. This year, the Sabres snatched him up in just a few hours.

“It was really satisfying,” Rieder said on a Zoom call Wednesday. “It was kind of a crazy summer last year, waiting until pretty much before training camp, and then signing a tryout contract. It’s really good. You’re a little bit more relaxed after signing a contract. Now you can just focus on preparing, getting ready for the season. It helps a lot.”

Rieder’s odd 2018-19 campaign – he averaged 14 goals over his first four NHL seasons before posting a goose egg – turned out to be aberration. Yes, he only scored four times in 55 regular-season outings with Calgary. But in the playoffs, he added three short-handed goals in 10 contests.

“I felt really good coming into the playoffs,” he said. “It was good getting a couple of goals there and playing well. You feel like a different player when you’re playing with confidence.”

The Sabres sorely need Rieder’s penalty-killing prowess. They ranked 30th in the NHL last season, trailed by only the hapless Detroit Red Wings.

In adding Rieder, who said he takes pride in killing penalties, and center Cody Eakin, the Sabres addressed the problem in free agency.

“It’s something I’ve loved to do ever since I played hockey,” Rieder said.

Rieder has said penalty killers must read the game and know where the puck is going to move.

“Then it just comes down to work ethic,” he said. “Whenever there’s a chance, I’m trying to use my speed. I know when I’m a step ahead, I can go and create chances.”

The Sabres give Rieder another chance to play for Ralph Krueger, who coached him with Team Europe at the 2016 World Cup of Hockey. The underdog Europeans became the darling of the tournament, reaching the final before falling to Team Canada.

Rieder, who has also played with Krueger’s son, Justin, with Germany at international events, did not know the coach well before the World Cup. He quickly learned about Krueger’s affable personality.

“You can talk to him about anything and he really supports his players,” Rieder said. “He’s really trying to make them better and as soon as the interest was there, it was kind of a no-brainer (to sign with Buffalo).”

But Rieder had other reasons for choosing the Sabres..

“Playing with Ralph was a lot of fun at the World Cup, so I wanted to do that again,” he said. “Yes, we talked about the penalty kill and that they want to improve the penalty kill. The whole direction the organization is going, I really wanted to be part of it.”

Notes: The Sabres have extended their ECHL affiliation agreement with the Cincinnati Cyclones, the teams announced Wednesday. Terms were not announced. The Sabres have been affiliated with the Cyclones since 2017. … The Florida Panthers have signed former Sabres winger Scott Wilson to a one-year, $700,000 contract. Wilson, 27, played 70 games with Buffalo over parts of three seasons, scoring seven goals and 19 points. He finished last season with the Rochester Americans. … Former Amerks captain and Sabres forward Kevin Porter has been named a volunteer assistant coach with USA Hockey’s National Team Development Program Under-18 squad.