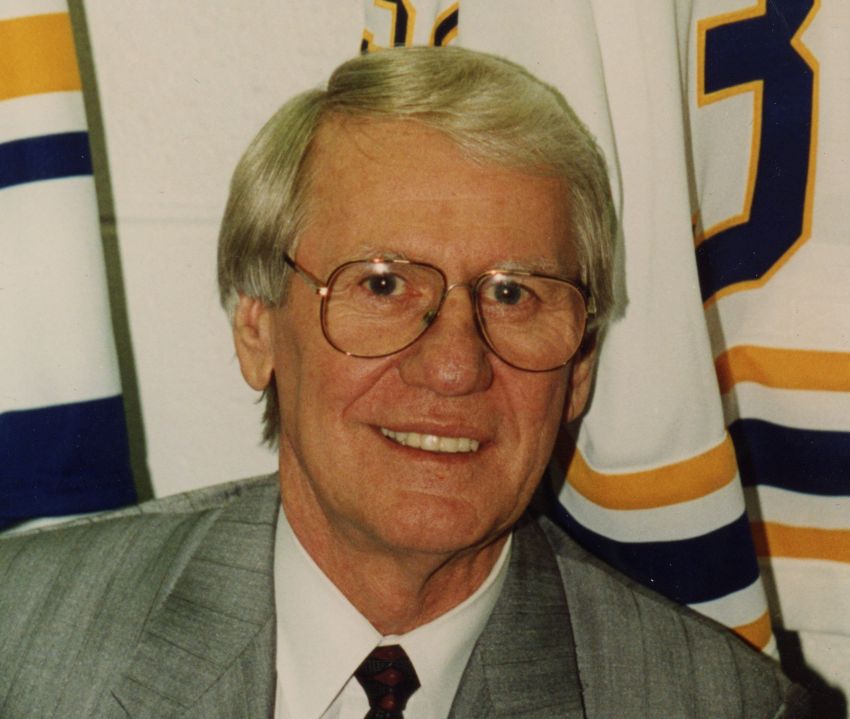 John Muckler, the coach and general manager of the Buffalo Sabres for much of the 1990s, died Monday. He was 86.

Glen Sather, who brought Muckler to the Edmonton Oilers as they began their Stanley Cup dynasty in the early 1980s, told the Edmonton Journal his friend had been in failing health.

“John had a heart attack, then he had heart surgery, then he fell in his recovery, then he got COVID,” Sather told the newspaper.

Muckler, whose silver hair and glasses made him instantly recognizable, won four Stanley Cups as an assistant coach in the 1980s and another as a head coach in 1989-90 after the Oilers had traded Wayne Gretzky.

The Sabres hired him as director of hockey operations in 1991 but he would end up taking over behind the bench that December when Rick Dudley was fired.

The next season, Muckler led the Sabres to a first-round upset of the Boston Bruins, their first playoff win in 10 years. That high-powered 1992-93 team, led by the scoring exploits of Dale Hawerchuk, Pat LaFontaine and Alexander Mogilny, remains one of the most popular in franchise history.

But in 1993-94, with LaFontaine sidelined by a knee injury, Muckler shifted the Sabres to a more defensive style. Early that season, as Grant Fuhr recovered from an injury, Muckler started playing a little-known goalie named Dominik Hasek the Sabres had acquired the previous year from the Chicago Blackhawks.

The trade – GM Gerry Meehan sent Chicago goalie Stéphane Beauregard – remains one of the most one-sided ever. Hasek won the first of his six Vezina Trophies that year, becoming the first goalie since Bernie Parent in 1973-74 to post a sub-2.00 goals-against average.

Muckler left the bench following the 1994-95 season to concentrate on the GM duties he had added in 1993.

As the Sabres started to rebuild, he traded Mogilny to the Vancouver Canucks in 1995, turning the 76-goal scorer into center Michael Peca, defenseman Mike Wilson and the first-round selection they would use to draft defenseman Jay McKee.

Muckler also hired Ted Nolan as Sabres coach. As the Sabres roared to the Northeast Division title in 1996-97, the rift that had developed between the men – Nolan wanted more say in the roster – became public.

It cost both them both their jobs. The Sabres fired Muckler after the season. His replacement, Darcy Regier, only offered Nolan, the Jack Adams winner as coach of the year, a one-year contract. It was later pulled.

Still, Muckler’s fingerprints remained all over the Sabres. They reached the Cup final in 1998-99 with a roster comprised of core players he had acquired.

Muckler then spent six years as GM of the Ottawa Senators, building an Eastern Conference powerhouse that reached the Cup final in 2007. The Senators fired him shortly after their loss to the Anaheim Ducks that year.