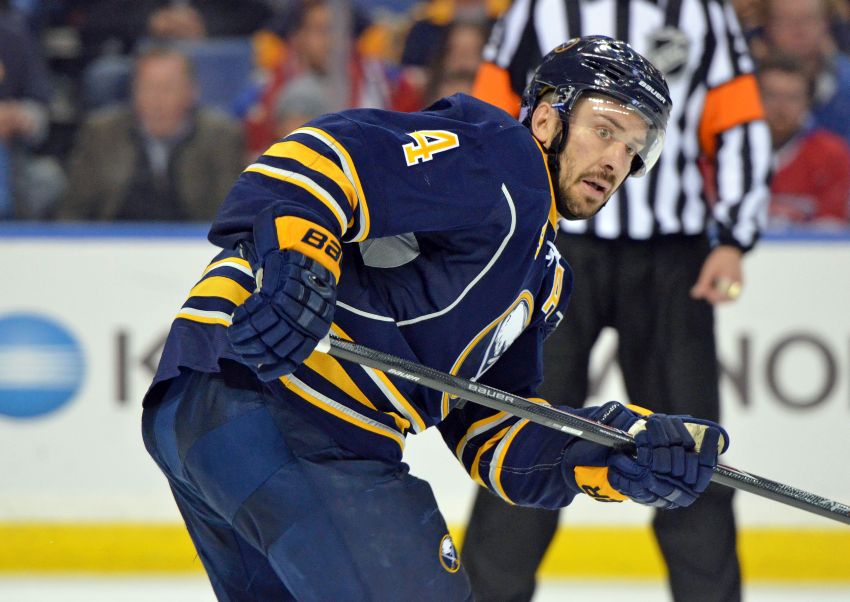 “What a great number to wear,” Gorges said Wednesday. “I got to meet him, and of all the guys I met in Montreal, he was always the one that stood out in my mind as, ‘This is who you should strive to be, this guy right here.’ I thought it would be something that could remind me every day when I come in, you see that No. 4. ‘Oh yeah, that’s right, Mr. Jean Beliveau, and he did things this way.’ So it’s a good reminder for myself every day.”

Sabres captain Brian Gionta wore the ‘C’ with Montreal for four seasons. Having both captained hockey’s most storied franchise, they shared a special bond.

“But at the same time was the biggest gentleman, down-to-earth, knew your name, took time for you … didn’t blow you off,” he said. “He was really connected when he talked to you.”

McCormick has been cleared and will likely return tonight in Tampa Bay. Goalie Jhonas Enroth will make his sixth straight start.

Sabres coach Ted Nolan doesn’t think center Zemgus Girgensons, the No. 1 vote-getter for the NHL All-Star Game, should face any criticism because fans in his native Latvia are so rabid and supportive of the 20-year-old.

If Girgensons is voted into the game, he would be a worthy choice, said Nolan, who’s also Latvia’s national team coach.

“I think it’s very supportive of his country,” he said. “But his play’s supportive enough that he probably doesn’t necessarily need his country for his support. … He’s our No. 1 center. He plays on power play. He plays on penalty killing. You show me another 20-year-old that has that much responsibility on their team in this league.