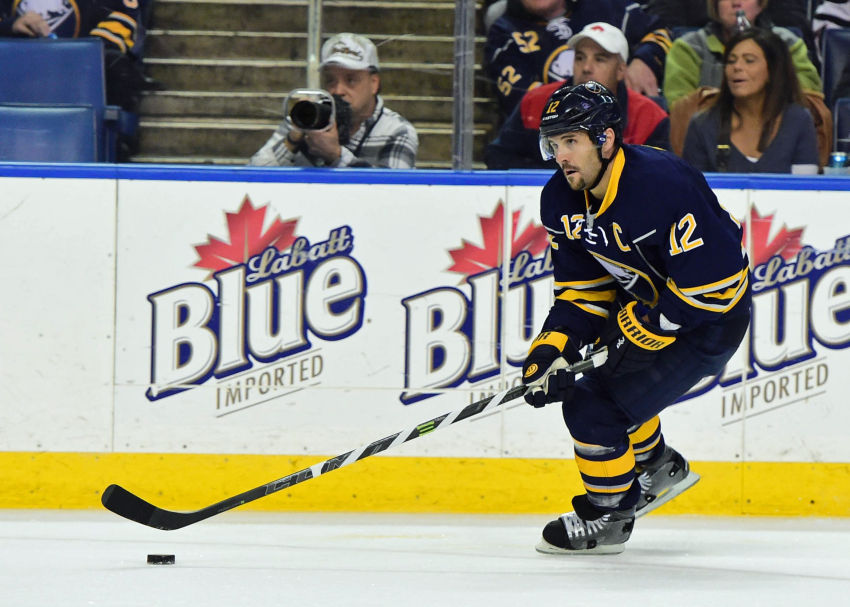 BUFFALO – Shortly before Jack Eichel’s nifty winning goal in the Sabres’ 4-1 win Friday, the rookie took an ill-advised skate from his own blue line back toward the net and into danger.

Eichel, 19, coughed up the puck to the Carolina Hurricanes, leading to Zach Bogosian’s interference penalty.

But the Sabres, who ended their six-game losing streak, can live with the occasional mistake from Eichel because, just 23 games into his career, the center is already a dynamic, game-breaking talent.

Heck, even an Eichel gaffe – “Trying to be too fine and make the play,” he said – can create momentum.

Eight seconds after the Sabres killed Bogosian’s penalty, Eichel wired a shot from above the right circle, his team-leading eighth goal, 12:24 into the second period.

“The turning point in the game was the penalty kill there,” Sabres coach Dan Bylsma said. “They had the opportunity on the power play, we come up with a big kill and … it’s a big goal. …

“That goal changed the game for us.”

The goal, however, didn’t seal a game in which the Sabres had been thoroughly outplayed before Eichel scored. The dagger came at 19:37, when Sabres captain Brian Gionta, whose turnover near his own net earlier in the period created Victor Rask’s tying goal, scored just his second goal in 20 games this season.

Gionta, who lugged the puck up the ice before redirecting Matt Moulson’s pass in the left circle, celebrated by pumping his arms in front of the 18,052 fans inside the First Niagara Center.

“I think his celebration indicated just how bad he needed it,” Bylsma said.

Gionta, 36, has endured perhaps the roughest start of his 14-year career. Still, Bylsma has stuck by the veteran winger, skating him big minutes. On Friday, Bylsma moved him beside Eichel, a place he thrived at much of the preseason.

“Look over the course of the past five, six games, (Gionta has) probably had more scoring chances than anyone on this team,” said Sabres defenseman Josh Gorges, who scored his first goal since Oct. 29, 2013. “He’s there, he’s getting those opportunities.”

Gionta downplayed the goal, his first in seven games.

“I wasn’t worried,” he said. “Numbers-wise, it’s not where it wants to be, but you’re creating chances, creating momentum.”

“We did things that we needed to close,” Gionta said. “That first period and a half we had a lot of turnovers. We were feeding right into their speed. They’re a quick team that transitions.”

The Sabres, who had only seven goals during their 0-4-2 run, scored four goals for the fourth time in 23 games.

Before Bogosian’s penalty, the Hurricanes had a 21-9 shot advantage. In some of their recent losses, the Sabres played tighter and outplayed their opponents but couldn’t score.

“It was kind of the flip opposite of where we had been at, seeing them dominate the zone time and dominate on the shot clock,” Bylsma said. “That was not the way we want to play and need to play. We survived it and … that penalty kill was a big point for us.”

Gorges recorded his biggest point in 130 games, opening the scoring at 8:57. The goal, a bouncer from the left point originally credited to Legwand, was just the 15th of his 629-game career and his first with the Sabres.

“It’s been a long time,” Gorges said. “You always want to be able to contribute offensively. That’s always fun, so it was nice to be able to get that. It wasn’t much of a goal, but I’ll take it.”

The Sabres play tonight in Nashville against the Predators.