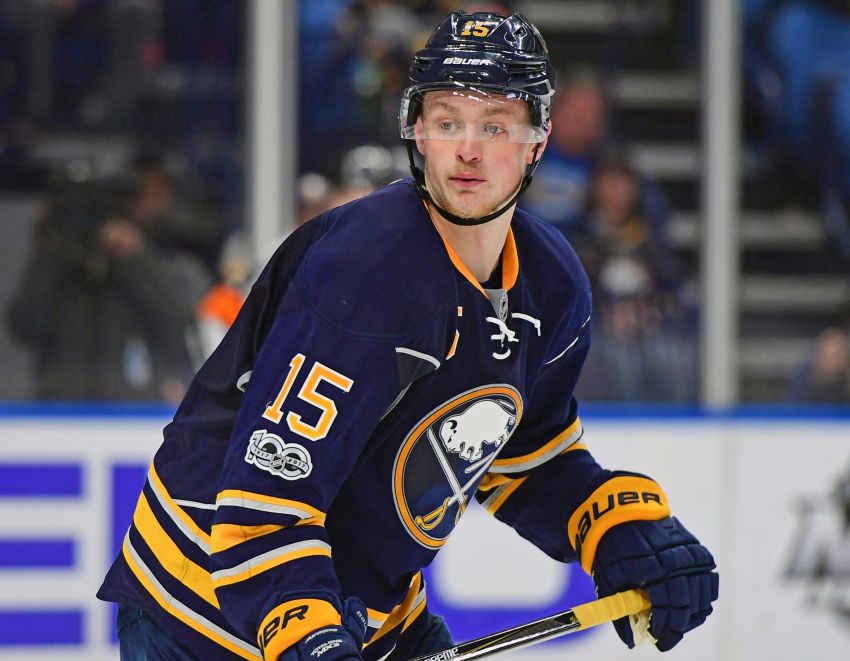 BUFFALO – If the Sabres and Jack Eichel can’t reach an extension, the center said he has “no problem” playing out the final season of his entry-level contract.

“If that happens, that happens,” Eichel said this afternoon following a late-summer skate. “I’m pretty adamant on staying a Sabre and staying in Buffalo. It’s not something I can really control here. I can just control my play.

Eichel’s next contract, almost certainly an eight-year deal, is expected to be mammoth, perhaps around $10 million a season for the young star.

He seems determined to focus on the upcoming season and not to let contract talks distract him. While he mentioned playing out his entry-level deal, he also sounded a bit optimistic a new contract could be finalized in the near future.

Eichel just returned to Buffalo and skated with his teammates for the first time this morning inside HarborCenter. Training camp opens Sept. 14.

Eichel’s cognizant that as the face of the franchise and the team’s best player, his words matter. Even at just 20 years old, he knows he must assume a greater leadership role.

The Sabres have a new coach, Phil Housley, who plans to play an up-tempo game that will help Eichel utilize his talents. Housley, a Hall of Fame defenseman, impressed Eichel during their first meeting this morning.

“From talking to him, that’s the style of play that he wants to instill in us,” Eichel said. “It’s going to fit in pretty well to my game, obviously pushing the pace, playing with the puck, possessing it, playing fast. So all that stuff bodes well for me. I think it should be a good fit.”

Update: The Sabres have signed defenseman Cody Goloubef, a veteran of 129 NHL games, to a professional tryout for training camp, the team announced today.

The 6-foot-1, 201-pound Goloubef, 27, split last year between Colorado and the AHL, playing 33 games with the Avalanche. Goloubef began his career with Columbus, spending parts of five seasons with the Blue Jackets.

Columbus drafted Goloubef in the second round, 37th overall, in 2008. The University of Wisconsin product has two goals and 23 points in his NHL career.