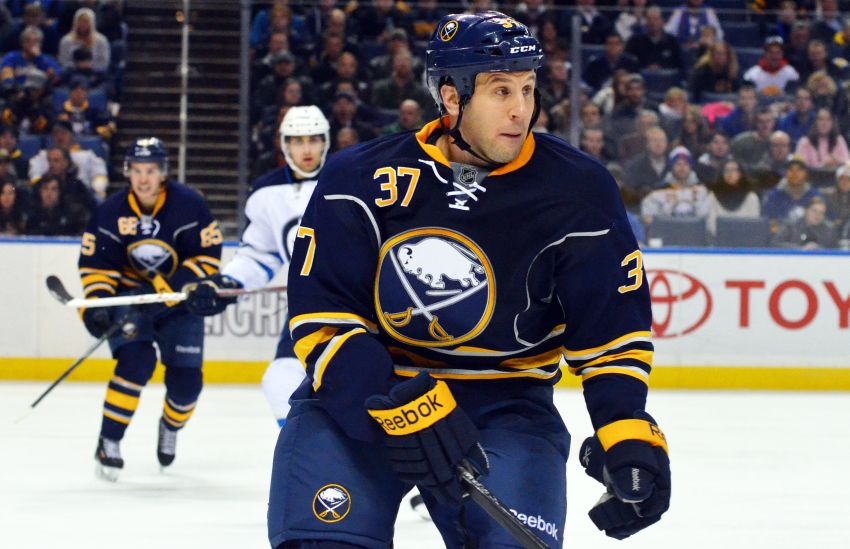 “You need that fourth line to eat up some minutes for you,” Nolan said Wednesday after the Sabres prepared for tonight’s tilt against the Boston Bruins inside the First Niagara Center.

In the best performance by the Sabres’ fourth line in a long time, the hardworking combination of Kevin Porter, Matt Ellis and Brian Flynn ate up about 10 strong minutes in Tuesday’s 4-2 win against Winnipeg.

“They give us what we needed,” Nolan said. “They’re reliable. They’re safe. They’re creating some energy. They got the puck in the opposition’s zone. They wore out their defense a little bit for us. Everything we asked. Plus they got us a goal.”

Following the game, Nolan called the trio the “so-called fourth line” and “one of four for us.”

“It is a nice feeling,” Ellis, who was recalled from Rochester on Friday, said about Nolan’s compliment. “In the short period of time I’ve been here so far you get to learn things pretty quick. It seems like with Ted, if you do the little things well and you come to compete, battle and work hard he’s going to play those guys.

“It’s nice to be a part of that. I thought (Tuesday) our line did a real nice job and we were rewarded. We were a big part of the victory. It was fun to be there pulling on the same rope that the rest of the team was.”

How did they pull that rope?

Porter, who was recalled Tuesday, added: “We just kept it simple trying to get pucks deep, pressuring their D and trying to get turnovers. That’s going to be our game.”

The Sabres haven’t gotten much from the fourth line the last two seasons. On a team struggling to score goals, the meager production has been killer.

Ellis and Cody McCormick both had zero goals in limited action last season. Patrick Kaleta had one. Tough guy John Scott only has one in his career.

A few goals here and there would make a huge difference.

“Especially in a stretch now where’s this club’s looking for offense, you need to score by committee,” Ellis said. “It’s not going to be one or two guys a night lighting the lamp. You need a little bit from everyone.”

Ellis, just two games into his first NHL stint since February, is already making a strong case to stay.

“No matter what, you still want to be in the NHL,” Ott said. “You dream about the NHL. There’s nothing like it. But that’s his unselfishness and his character and his work ethic to want to be in there to be a helper (in Rochester).

“To see him back up here, I think every guy was welcoming because we know how much effort he’s put in over the years here in this organization.”

Flynn created Ellis’ 17th NHL goal by pumping a shot on net. Porter grabbed the rebound before Ellis batted his pass out of the air in front.

“That was definitely a memorable one for me, to be part of a big victory here, to come in and be part of something that’s starting to change in the right direction with the way the team’s playing,” Ellis said.

Tonight’s game will be the 32-year-old’s 200th with the Sabres, a milestone he never expected.

“I guess it’ll be a proud moment,” said Ellis, who wasn’t aware of the mark. “When I landed here off of waivers six years ago now, I didn’t know what to expect coming in. I didn’t know how long a stay I was going to have. I’ve been able to carve out a pretty good career here in Buffalo.

“This is a place I’ve grown, my family has grown. This is home. I’ve had a lot of good moments in this locker room. It’s a real sense of pride to suit up for 200 games within this organization. This organization has treated me and my family extremely well over the years.”