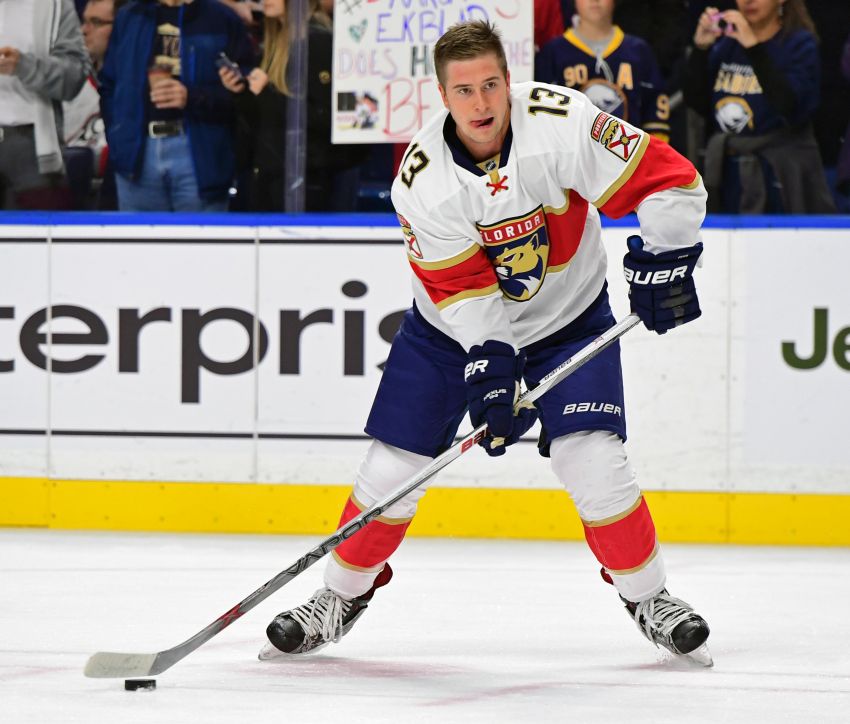 BUFFALO – Being back here felt “weird,” Mark Pysyk, clad in Florida Panthers workout gear, said Saturday morning as he took a break from preparing for his first game as a visitor at KeyBank Center.

Pysyk, 24, grew up with the Sabres, developing from a first-round pick in 2010 into an NHL defenseman.

“The last six years I’ve been coming here for … everything,” Pysyk said prior to the Sabres’ 3-0 win against the Panthers.

The Edmonton native, who played 125 games with the Sabres, was dealt to Florida for defenseman Dmitry Kulikov and a swap of picks June 25. Incredibly, Pysyk had the third-longest tenure among Sabres, trailing only wingers Tyler Ennis and Marcus Foligno.

Pysyk, one of the few holdovers from Buffalo’s old regime, figured any changes made during the summer wouldn’t involve him.

Once that shock wore off, Pysyk realized he was joining a good situation. The transition to the Panthers has been “seamless,” he said.

The efficient, smooth Pysyk, a darling of the analytics crowd, skates on the Panthers’ third defense pair beside Alex Petrovic, someone he grew up playing against and recently lived with.

“He’s a great skater, is a young man who was continually working on his game, wanted to get better,” Sabres coach Dan Bylsma said of Pysyk. “That’s what I liked most about coaching him. His skating ability is an asset for him.”

“I spent a lot of time here and had a lot of opportunities here,” Pysyk said. “The organization was good to me. I’ve got nothing but good things to say.”