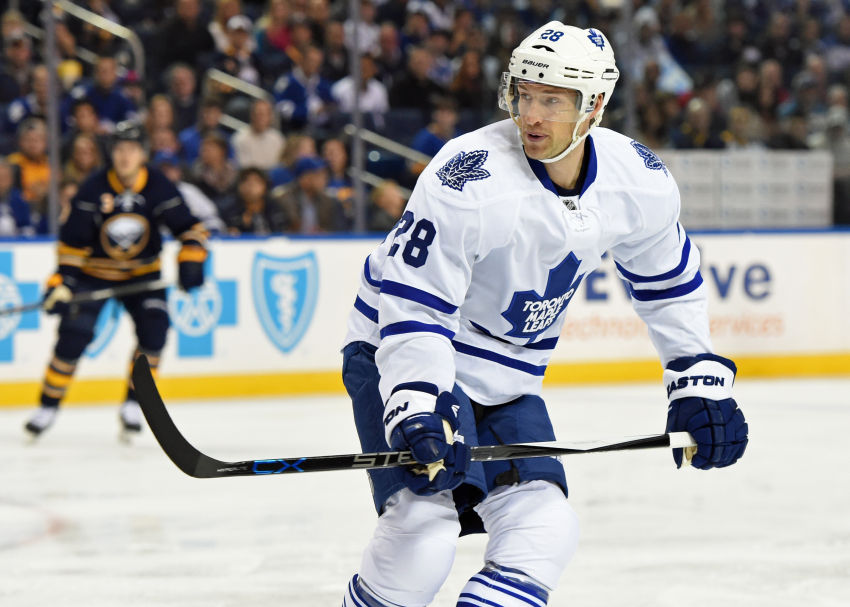 BUFFALO – At times throughout his uncertain summer, former Sabres forward Brad Boyes said he wondered, “Why is this happening?”

In 2013, after a strong season with the New York Islanders, Boyes, 33, had to earn a spot in Florida on a tryout. He parlayed that into a two-year extension and figured after scoring 35 goals over two seasons, he was safe.

Then on July 1, the Panthers bought out Boyes’ final season. He found little interest on the open market.

Of course, he wasn’t alone. With so many long-term contracts given to restricted free agents these days, the NHL keeps trending younger and younger. Dozens of established veterans are still available or have settled for jobs in the minors or overseas.

“I know I can still play,” Boyes said Wednesday prior to the Sabres’ 2-1 shootout win against the Toronto Maple Leafs inside the First Niagara Center. “There was no question there. It was just where’s the fit at?”

The fit turned out to be with the Leafs, the team that drafted him 24th overall in 2000 before trading him three years later. He accepted Toronto’s tryout offer and impressed enough to earn a one-year, $700,000 contract. The 11-year veteran is the rebuilding Leafs’ oldest player.

Still, Boyes, who played 86 games with the Sabres from 2011-12, is happy. The Mississauga, Ont., native can live at home and play for his seventh team. His stay in Toronto, however, could be short. The Leafs might flip him for a draft pick before the deadline.

“He’s an intelligent guy who tries to make the people around him better,” Leafs coach Mike Babcock said.

Bylsma joked he expected to see Babcock’s infamous scowl and “a lot better hair than me” when the teams met Wednesday.

Bylsma said he learned the most as a player from Babcock and Andy Murray, his coach in Los Angeles.

“Every once in a while I do something where I know I did grab it from Mike when I was there,” he said.

The Sabres courted Babcock heavily in May and believed they had a deal done before he spurned them for Toronto. They then turned their attention to Bylsma.

Their meeting Wednesday meant nothing to either coach.

“There’s nothing to it for me,” Bylsma said. “Seven other teams apparently looked at Mike Babcock as a candidate as well. They also looked at other coaches as well.”

The Sabres also waived Bobby Sanguinetti Wednesday, meaning the defenseman will go to the Rochester Americans if he clears today. Sanguinetti suffered a lower-body injury early in training camp and hasn’t played this season.

Notes: The Sabres scratched defenseman Carlo Colaiacovo for the fourth straight game. … The Sabres and Leafs don’t play again until March 7 in Toronto.