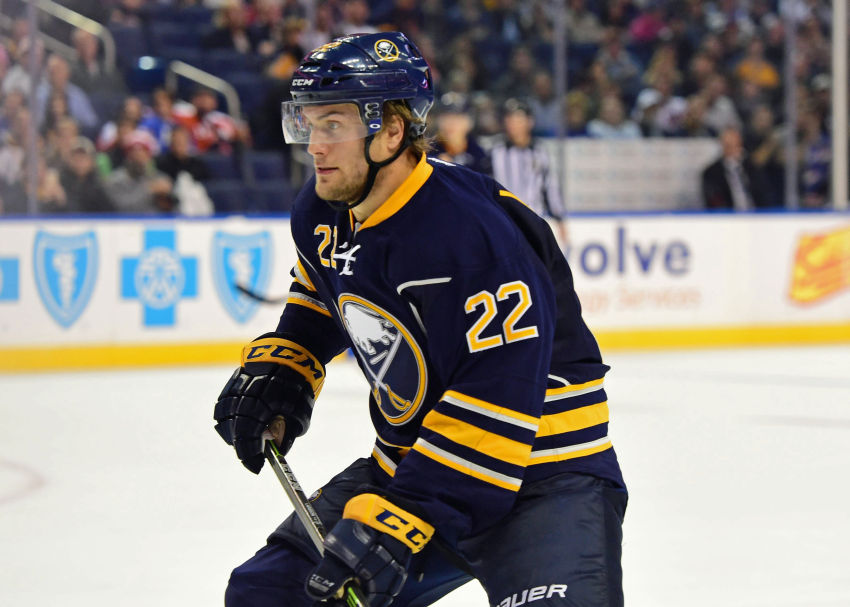 BUFFALO – Dan Bylsma said he has heard some, shall we say, interesting stories about being inside the rowdy First Niagara Center for a game between the Sabres and Toronto Maple Leafs.

“I’m nervous for some of the fans, from what I hear,” Bylsma said this morning prior to his first regular-season game against the Leafs as Sabres coach.

“I guess I expect it to go from the ice all the way through the top of the balcony,” Bylsma said.

Tonight, even for an October game between two teams with low expectations, should be entertaining.

“It’s going to be electric in our building, there is that intensity to the game,” Bylsma said. “Yeah, we should be at our best, and it should draw it out as an example where we need to be all the time.”

Sabres rookie Jack Eichel learned about the rivalry before he got to Buffalo. He remembers the infamous preseason brawl two years ago.

He added: “I’m looking forward to it. Obviously, a lot of emotions.”

In other news, the Sabres will make one lineup change, inserting center Johan Larsson, a healthy scratch last game, for David Legwand.

What does Bylsma, who had a long on-ice chat with Larsson, want to see from the Swede?

The Sabres also waived Bobby Sanguinetti today, meaning the defenseman will go to the Rochester Americans if he clears. Sanguinetti suffered a lower-body injury early in training camp.