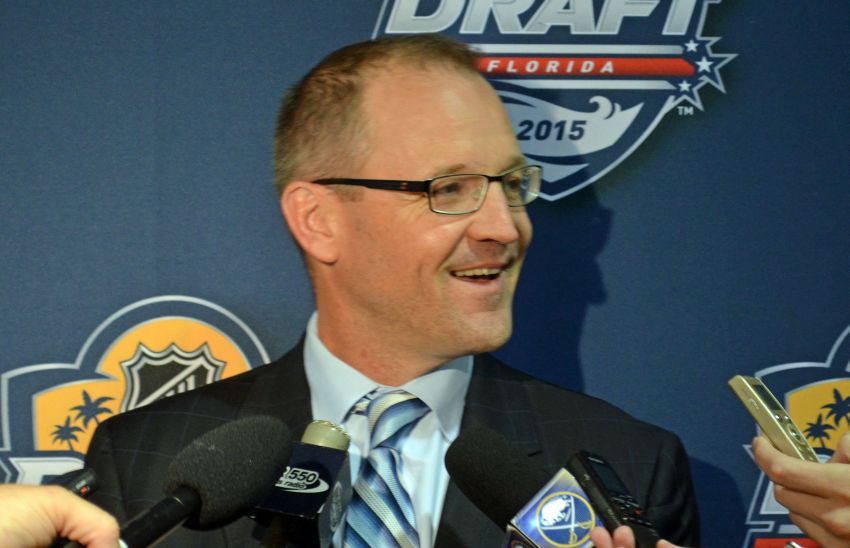 SUNRISE, Fla. – Coach Dan Bylsma and general manager Tim Murray disagree over how much the Buffalo Sabres improved in about a whirlwind nine-hour span Friday.

Murray, in keeping with his personality, would only say the Sabres got a little bit better.

“I said, ‘Tim, I think we got more than a little bit better,’” Bylsma said this morning at the NHL Draft inside the BB&T Center. “He said, ‘No, we just got a little bit better.’ That’s certainly true. From the outside, where we started the yesterday morning to the end of the day, a lot changed and a lot was added to the team.”

Bylsma, who was hired last month, and Murray had spoken about the direction of the team. The two chatted about O’Reilly two weeks ago. Knowing some big moves could happen made Bylsma “the most anxious I’ve been at the draft.”

Eichel and O’Reilly will likely force the Sabres to move a center or two to the wing. Bylsma hinted Zemgus Girgensons, a winger early in his career before moving to the middle, could be switched back. He also mentioned Sam Reinhart.

Bylsma didn’t want to get into line combinations. He acknowledged, however, O’Reilly was the No. 1 center when he thought about some trios.