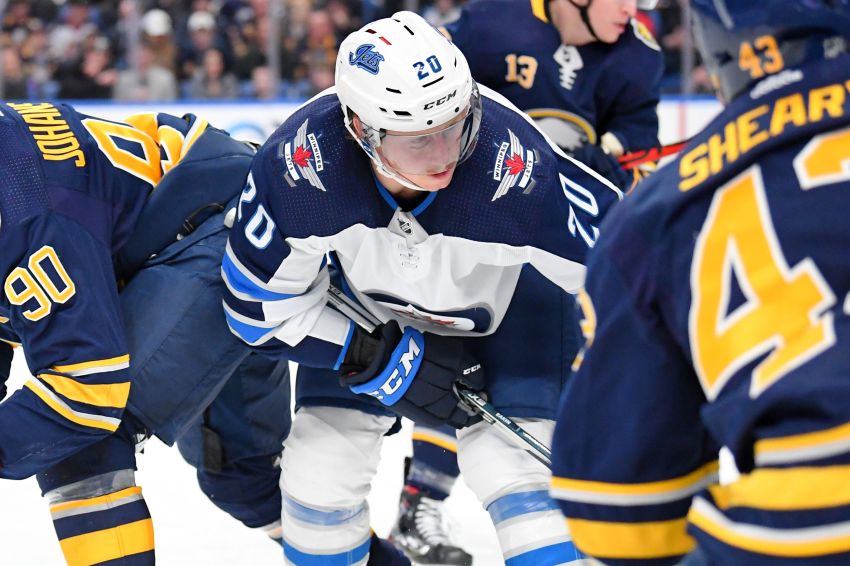 Cody Eakin knew very little about Buffalo before he signed a two-year, $4.5 million contract with the Sabres as a free agent earlier this month.

Eakin played eight of his first nine NHL seasons in the Western Conference, meaning he usually visited Buffalo just once a year. Still, Eakin, who spent some time in Buffalo as a member of Team Canada at the 2011 World Junior Championship, has a basic understanding of his new city.

“I know it’s a great city, sports-loving city, nice and cold the way I like it,” Eakin said on a Zoom call Wednesday.

Eakin, 29, grew up in frigid Winnipeg, Canada’s coldest city. The temperature there doesn’t surpass freezing 113 days a year, according to currentresults.com.

The center briefly experienced the harsh Manitoba winter again last season, after the Vegas Golden Knights dealt him to the Jets before the trade deadline.

Eakin played eight games for the Jets before the COVID-19 pandemic halted the season. When it resumed, they moved to the NHL’s Edmonton bubble.

“I know everyone – my family, myself – were excited,” Eakin said of playing with Winnipeg. “It was only four games at home. … It was fun, it was exciting, it was loud, and I really enjoyed it for that brief time that I was there.”

When he joined the Jets, Eakin, who battled some injuries early last season, said he “was getting back to my strengths.” Eakin believes he’s a third-line center the Sabres can move up or down the lineup.

“Focus on being that role player for a team and providing energy,” said Eakin, who was signed to replace center Johan Larsson.

Eakin’s ability to kill penalties attracted the Sabres, whose units ranked 30th in the league in 2019-20.

The 6-foot, 183-pound Eakin also possesses an offensive upside. He scored a career-high 22 goals in 78 games in 2018-19. His production, however, dropped to five goals  in 49 contests last season.

Eakin’s selection by the Golden Knights in the 2017 expansion draft ignited his career. In 2016-17, he said he injured his knee with the Dallas Stars and “kind of got back into the mix a little slower than I wanted.”

In Vegas, Eakin joined the most incredible band of castoffs in NHL history. A team constructed of afterthoughts roared to the Stanley Cup final in its inaugural season.

“There was one rule there: work hard and be a good person,” he said. “There was no egos. Everyone checked them at the door when they got in and we took it upon ourselves to play with that mentality no one is better than each other.”

Most of the 2017-18 Golden Knights, having been left unprotected, were hellbent on proving their previous teams made a huge mistake.

Eakin, who has played 50 career playoff games, believes the Sabres can adopt a similar mindset.

“They’ve got to feel capable of doing it,” he said. “They had a great start last season. It just should add that little bit of chip on their shoulder, saying we’ve got some players, we’ve gotten deeper, we’ve got a good core group of guys.

“When I look at the roster they had before, just tremendous talent,” said Eakin, who learned more about the Sabres from coach Ralph Krueger. “But it takes a whole cohesive unit all working together, that kind of deep lineup, just knowing you’re third and fourth line can alleviate some pressure, take some minutes off of the top two lines playing against each other. It’s exciting. I like the way things look.”

One thought on “Cody Eakin excited about Sabres, new city: ‘Cold the way I like it’”