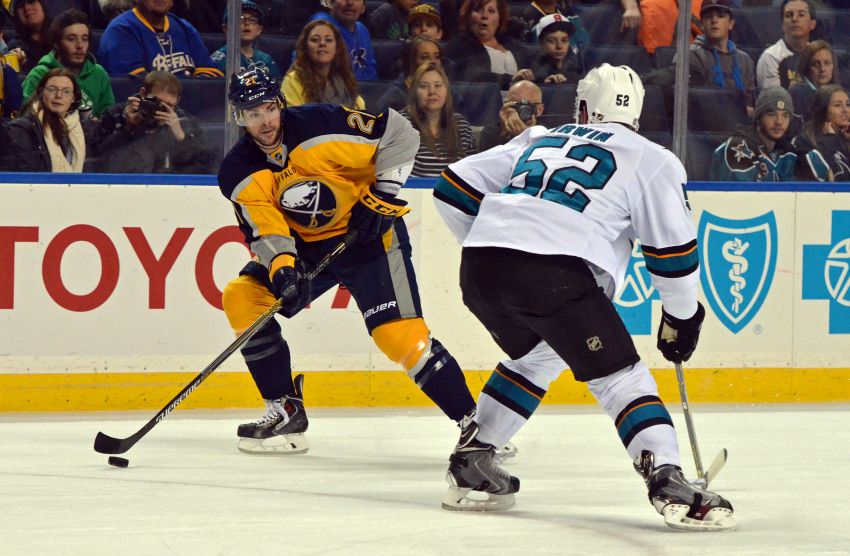 The Buffalo Sabres added some depth late this afternoon, signing left-shot defenseman Matt Irwin to a one-year, $700,000 contract, according to Sportsnet’s Elliotte Friedman.

The 6-foot-1, 207-pound Irwin compiled zero goals, three assists and a minus-15 rating in 36 total games last season with the Nashville Predators and Anaheim Ducks. He played nine contests with the Ducks after arriving in a trade Feb. 24.

Irwin has scored 22 goals and 82 points in 359 career outings. He began his career with the San Jose Sharks and played two games with the Boston Bruins before joining Nashville.

The 6-foot-2, 189-pound Davidson, 29, compiled zero points in 12 games last season with the Sharks and Calgary Flames. He also scored three goals and 20 points in 34 AHL contests with the Stockton Heat.

The Oilers drafted him in the sixth round in 2010, 162nd overall. He played for Edmonton’s AHL affiliate, the Oklahoma City Barons, when Sabres coach Ralph Krueger led the Oilers in 2012-12.