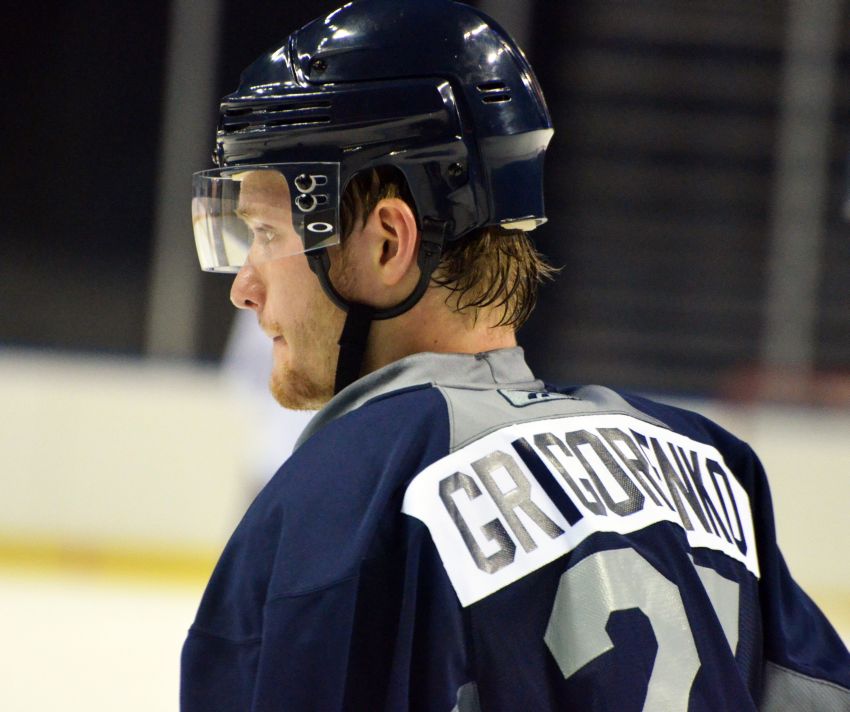 BUFFALO – Mikhail Grigorenko’s many talents – the passing and playmaking ability, the long strides – had caught everyone’s eye just a few minutes into the Sabres’ first training camp session this morning.

Most observers believe the top prospect will enjoy a long NHL career.

But when will the slick 18-year-old center’s big league tenure start? Will he be in the Sabres’ opening-day lineup next Sunday?

Stay tuned. The Sabres will be giving the Russian, the 12th overall pick in June’s NHL Entry Draft, every opportunity to crack the lineup throughout the lockout-shortened camp. He can receive a five-game trial before his contract kicks in.

The Sabres have a lot to weigh, though. Coach Lindy Ruff wants to watch Grigorenko, who centered Ville Leino and Steve Ott this morning, play in Monday’s intrasquad scrimmage, which will feature some members of the Rochester Americans.

Grigorenko, who’s been dominating with the QMJHL’s Quebec Remparts this season, acknowledged he felt “nervous” for the first 10 minutes this morning.

“But all the guys … tried to help me on the ice, so I felt really comfortable,” said Grigorenko, who believes he “did well” in his first taste of the NHL.

Meanwhile, as Grigorenko was acclimating himself, veteran center Jochen Hecht was beginning his 10th season with the Sabres. The team officially announced the 35-year-old’s new one-year contract this afternoon.

“There was a time during the summer where I didn’t think it was going to happen,” Hecht said about re-signing with the Sabres. “Everything worked out. All the situations we imagined, I think the best one came up by returning back to Buffalo.”

Ruff said Hecht’s role will be less than previous seasons, at least early on.

In injuries news, winger Nathan Gerbe (spine) and forward Cody McCormick (finger) both practiced, although neither has been cleared for full contact.

Gerbe was first injured when Philadelphia’s Marc-Andre Bourdon rammed him head-first into the boards last December. Gerbe kept playing, but the injury worsened over time.

The diminutive American began skating again in November and hopes he can return soon.

“This week’s going to be a good indicator for me,” Gerbe said. “Obviously, it’s the first time I skated with the players for the first time since April. It was a big change for me to where I need feel comfortable and confident out there and know I can turn and hit guys. I think that’s when I’m ready.”

He’s uncertain about his status for opening day.