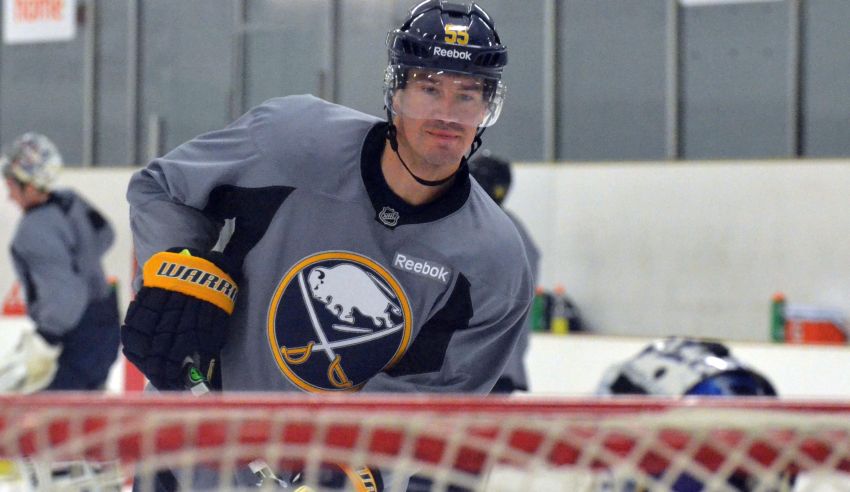 “Bring him back, pick him up,” Sabres goalie Ryan Miller said this afternoon after practicing with teammates inside the Northtown Center, his first skate here since September. “I’m just glad he’s healthy, No. 1. Watching what he went through last year was hard to watch as a friend. I’m thrilled for him that he’s healthy.

“I’m glad he can find a place back here because he’s a very strong, smart player, and he’s been through a lot. I think he can definitely help us.”

Said Sabres defenseman Christian Ehrhoff, who faced Hecht once at home in Germany: “I’m excited. I think he’ll be a big part of our team. … He looked pretty good when I saw him in Germany. I expect him to be good for us this season.”

The third and final concussion Hecht endured in a 10-month span last January ended his season. When the Sabres didn’t re-sign him during the summer, it appeared his long career with them could be over.

But Hecht recently joined his hometown Mannheim Eagles of the DEL and began dominating, scoring five goals and 13 points in only six games. That action, Hecht’s first in almost a year, possibly convinced the Sabres he could be their third or fourth center.

Roland Thompson, Hecht’s agent, said the forward’s traveling to Buffalo on Saturday and will be with the team for the start of training camp Monday.

Miller, meanwhile, spoke with reporters more than 15 minutes, mostly about the 113-day NHL lockout and the upcoming season.

“I think hockey will be OK,” Miller said. “Yeah, I was a little bit worried there for a second. But cooler heads finally prevailed.”

Starting with an intrasquad scrimmage at 5:30 p.m. Monday, Sabres training camp practices inside the First Niagara Center will be open to the public. Sessions will run from 10:30 a.m. to 12:30 p.m. Tuesday to Friday.