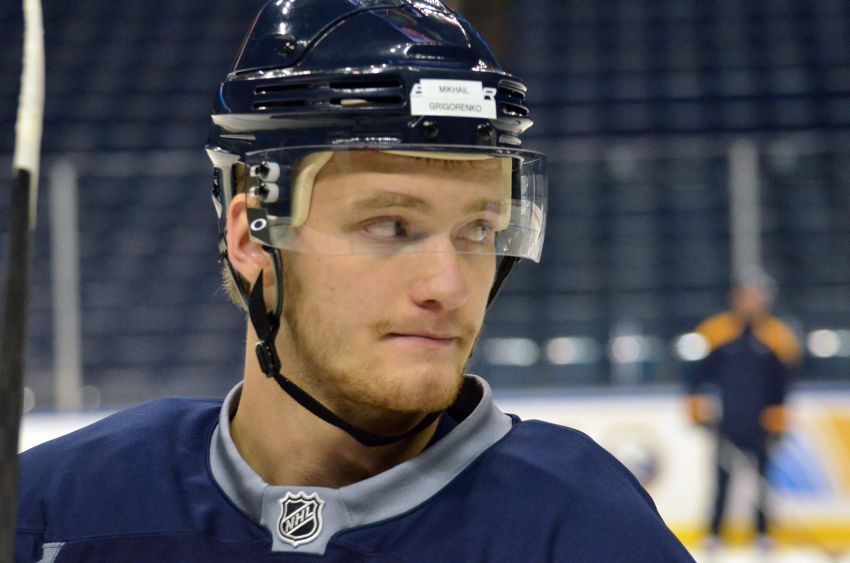 The Sabres will give Mikhail Grigorenko a look during training camp. ©2013, Dan Hickling, Olean Times Herald

Le Soleil, a newspaper in Quebec City, where Grigorenko plays for the QMJHL’s Remparts, first reported the story.

Sabres general manager Darcy Regier said during the summer the 18-year-old center would be given “every opportunity” to make the NHL. But reports surfaced last month the Sabres planned to keep Grigorenko with the Remparts all season.

Clearly, the Russian’s worth a look. With a whopping 29 goals and 50 points in only 30 games this season, he appears to have outgrown junior hockey. He can play nine NHL games without burning the first year of his entry-level contract.

The Sabres haven’t had an 18-year-old play regularly since Pierre Turgeon in 1987-88.