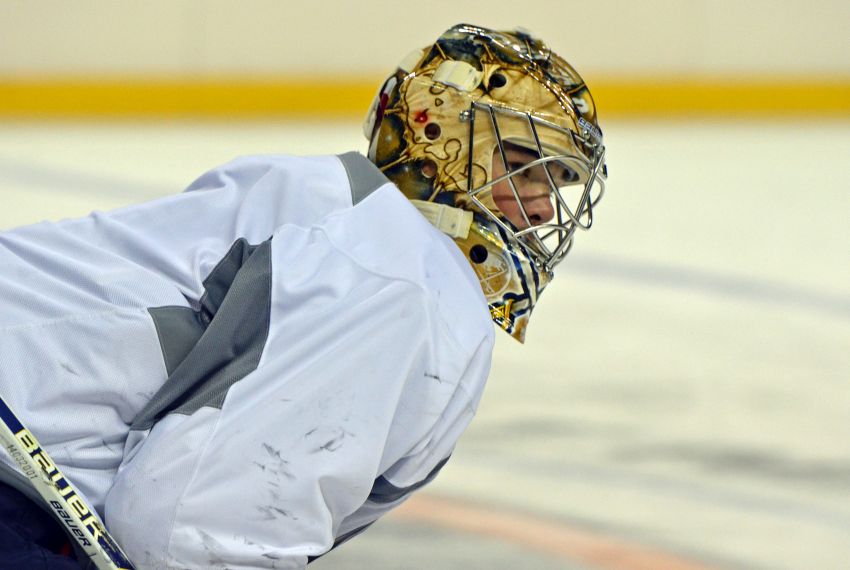 BUFFALO – So much for that goalie battle between Jhonas Enroth and Michal Neuvirth lasting into the regular season.

A strong preseason has already earned Enroth the No. 1 job. Of course, Neuvirth played wretchedly.

Sabres coach Ted Nolan noticed “that look he had in his eye” when Enroth reported for training camp. He wasn’t all smiles.

“He had that determined look on, ‘You’re going to give me this job,’” Nolan said this afternoon inside the First Niagara Center, “and the way he performed and the way he played, he certainly earned it.”

So what will the Sabres do with Neuvirth?

“He has a chance to redeem himself over the next little while and get practice time and wait, and that’s the beauty about competition,” Nolan said. “This is the big boys’ league now. It’s not junior B or college. You wait your turn or you get next weekend and so forth. This is a man’s league, and it’s all up for competition.”

He added: “It’s a long year and things change, so he’s just to battle and he’s got to work for it.”