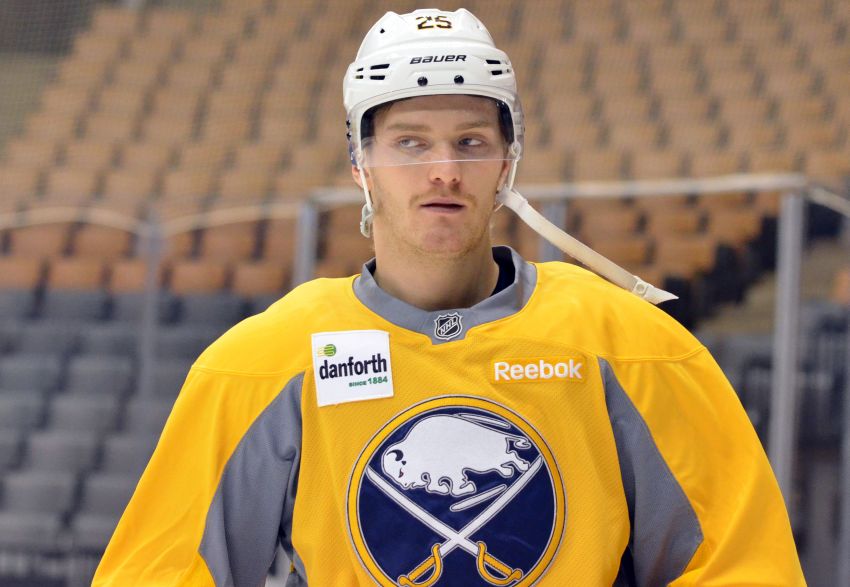 BUFFALO – In veteran defenseman Henrik Tallinder’s mind, the Sabres’ old regime handed out too many roster spots to undeserving youngsters. Interim coach Ted Nolan and his boss, Pat LaFontaine, know that. They’re working to correct those past mistakes.

“It’s not about getting the spot; it’s about earning the spot,” Tallinder said this morning inside the First Niagara Center after the Sabres reassigned four rookies, three of them teenagers. “It used to be like that in this organization, too. I don’t know what happened. So I think we’re getting back to the right track here.”

– Center Mikhail Grigorenko went to AHL Rochester on a two-week conditioning assignment. The 19-year-old will return when it’s over, Nolan said. The Russian had two goals and three points in 15 games.

– Defenseman Rasmus Ristolainen was sent to Rochester, where he went once this season in a paper move, on a regular assignment. The 19-year-old, the No. 8 pick in June, had one goal in 19 games.

– Center Johan Larsson went to Rochester, where he played 10 total games last season. The 21-year-old has one assist in 17 games.

– Defenseman Nikita Zadorov went back to the Ontario Hockey League’s London Knights. The 18-year-old, the No. 16 pick in June, had one goal in seven games.

“We’re trying to change our culture,” said Sabres defenseman Mike Weber, who will return from a broken thumb tonight against the St. Louis Blues. “Now it’s finally a change in culture.”

Nolan said the Sabres will recall players from Rochester, although they won’t play tonight. He wouldn’t name them.

Only Ristolainen played games under Nolan, who took over last week with LaFontaine, the president of hockey operations.

One thought on “Veterans happy to see Sabres reassign youngsters: ‘It’s about earning the spot’”