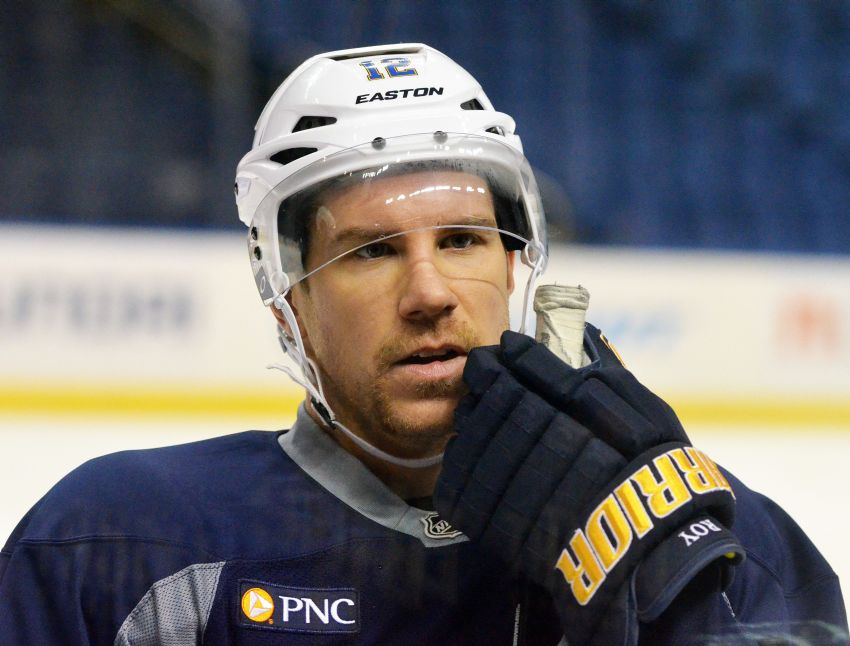 BUFFALO – Derek Roy wasn’t happy after the Sabres dished him to Dallas in July 2012. The sometimes-slick center had just told former general manager Darcy Regier he wanted to stay in town.

The 30-year-old, who signed a one-year, $4 million contract with the St. Louis Blues during free agency, felt he had some unfinished business here.

“I thought we had a great team,” Roy said this morning inside the First Niagara Center prior to his first game back here. “Then a couple weeks later I got traded. It was tough. I wanted to stay here. I had a lot of good friends on the team and around the city. It’s a great place to place to play and a great place to live.”

“I wanted to go to a team where I thought I had the best chance of winning the Stanley Cup,” Roy said.

“There are so many good memories in this arena,” he said.

Check back later for a full story on Roy!

One thought on “Derek Roy wanted to stay with Sabres, happy with Blues”