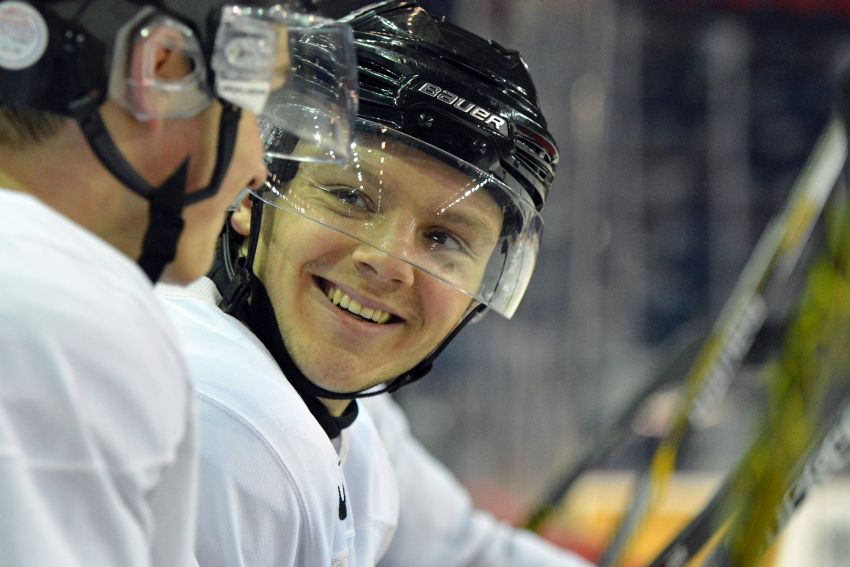 As expected, the slick 19-year-old has dominated the Western Hockey League in his five months back with the Kootenay Ice, compiling 18 goals and 59 points in only 44 games.

But hockey observers knew Reinhart, the No. 2 pick in June, would be a superstar playing among teenagers again. The Sabres sent the intelligent center back to junior to help him build his body and perfect his game for the next level following a nine-game NHL trial.

“I don’t look at numbers with Sam, because at the end of the day, Sam is going to raise his game come playoff time,” Ice coach Ryan McGill said by phone Tuesday. “I look at why he’s here. He’s got to get back to the NHL and be responsible, be consistent, good in the faceoff circle. He’s been an excellent penalty killer for us.

“Those are sort of the intangibles that he needs to get to the next level that I look at.”

The Ice will begin a first-round WHL playoff series later this month against either the Calgary Hitmen or the Medicine Hat Tigers. A quick exit would make Reinhart eligible to play with the Rochester Americans. Age rules prohibited him from playing in the AHL regularly this season.

McGill wishes Reinhart could’ve developed his game against men in the AHL all season.

He added: “This kid loves to be challenged, and I think that’s a challenge that he would’ve been successful at.”

Reinhart’s presence in Kootenay has been a bonus. McGill figured before the season his best player was gone for good.

But the 6-foot-1, 185-pound Reinhart struggled in the NHL, often looking overmatched. The youngster had more scratches (two) than points (one assist) and mostly skated short minutes on the third or fourth line.

“I got to watch the games that he played in,” McGill said. “I’m a little biased with him because I’ve seen him grow and develop. He’s a tremendously intelligent hockey player, and I don’t necessarily think he was provided the opportunity to use that intelligence.”

Still, McGill believes how the Sabres used Reinhart is “none of my business.”

“He’ll be able to show everyone in training camp his intelligence is what is going to keep him in the NHL,” he said. “When he plays with good players, he’ll make them better.”

Reinhart became emotional after Sabres general manager Tim Murray told him he was going back to Kootenay on Oct. 31. He didn’t pout, however. Reinhart transitioned back to junior hockey quietly and seamlessly, McGill said.

“It wasn’t like when he came through the door we had balloons and party hats on, ‘Hey Sam, how you doing?’” McGill said. “He’s just a kid, right? We don’t make a big deal out of things around here. He came back and he was excited to play. He’s a special individual mentally.”

Reinhart was a special presence throughout Team Canada’s rollicking seven-game run to a gold medal at the world junior championship earlier this winter. The alternate captain thrived under the massive expectations and pressure that accompanied playing games in Montreal and Toronto.

“You know what it did to him?” McGill said. “It just absolutely solidified the fact that his mental toughness is absolutely at the highest level it can ever be at, because you’re in Canada, you’re expected to win, and every game he and his teammates got better and better.

“I’ll even take it one step further. He knew that stage and he embraced that pressure and ran with it.”

Reinhart scored five goals and 11 points in the tournament, two more goals and as many points as mega-prospect Connor McDavid, his Canadian teammate.

“I know everybody’s talking about Connor McDavid,” said McGill, who coached both players at the tournament a year earlier. “Connor McDavid’s different. Connor’s smart. Connor’s a bigger guy. It’s just a different game for him, and I think in the long run Sam’s built for longevity in the National Hockey League, and with his head.”