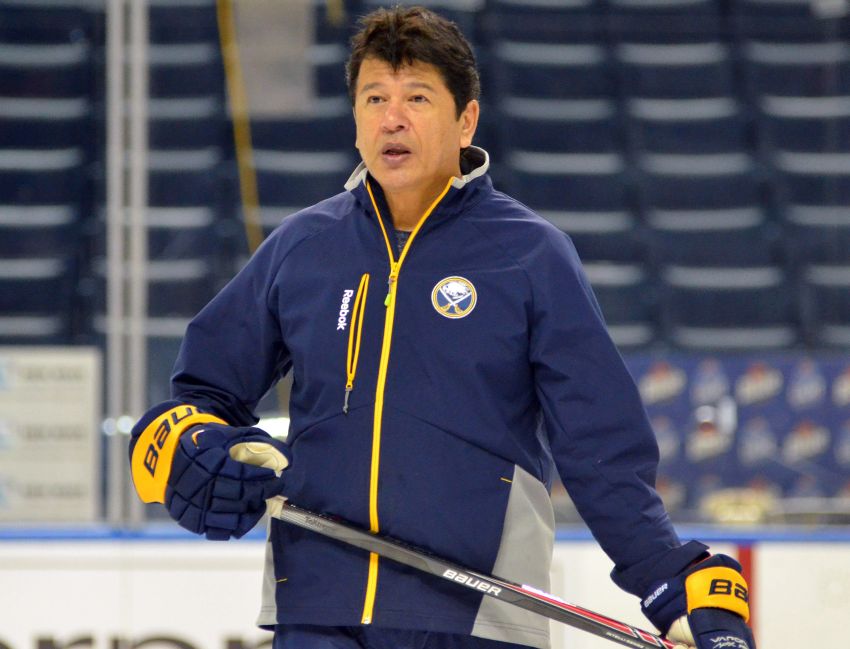 BUFFALO – About three games ago, Sabres general manager Tim Murray told coach Ted Nolan to tell him everything that was happening.

“Because we’re going to complain about it,” Murray said.

The Sabres are clearly angry Flyers agitator Zac Rinaldo only received a four-game suspension for elbowing defenseman Chad Ruhwedel in the head late in Sunday’s 5-2 loss in Philadelphia.

Ruhwedel is home recovering from a concussion. Rinaldo, meanwhile, can play again next week.

“I’m quite sure he’s going to be vocal on this one,” Nolan said inside the First Niagara Center.

Nolan kept voicing his displeasure about head hits this morning. He started shaking his head when asked about Rinaldo’s ban.

“You’re not talking about injuries you knock a guy out for a week or two weeks,” Nolan said. “You can knock his career right off the tracks. We all see what concussions do to some of our athletes after the fact. So it’s a very, very serious thing. I think we got to take it a lot more serious than just four games.”

In lineup news, wingers Marcus Foligno, Torrey Mitchell and Chris Stewart will all return from injuries tonight against the Detroit Red Wings.

Mitchell and Stewart haven’t played at home yet.

Rookie goalie Andrey Makarov has been recalled from Rochester to replace Lieuwen. Makarov will go back to the Americans on Friday.

Defenseman Mark Pysyk is up for Ruhwedel. Defenseman Christian Ehrhoff will play after taking a puck off his right ear and needing about 40 stitches to mend the cut.