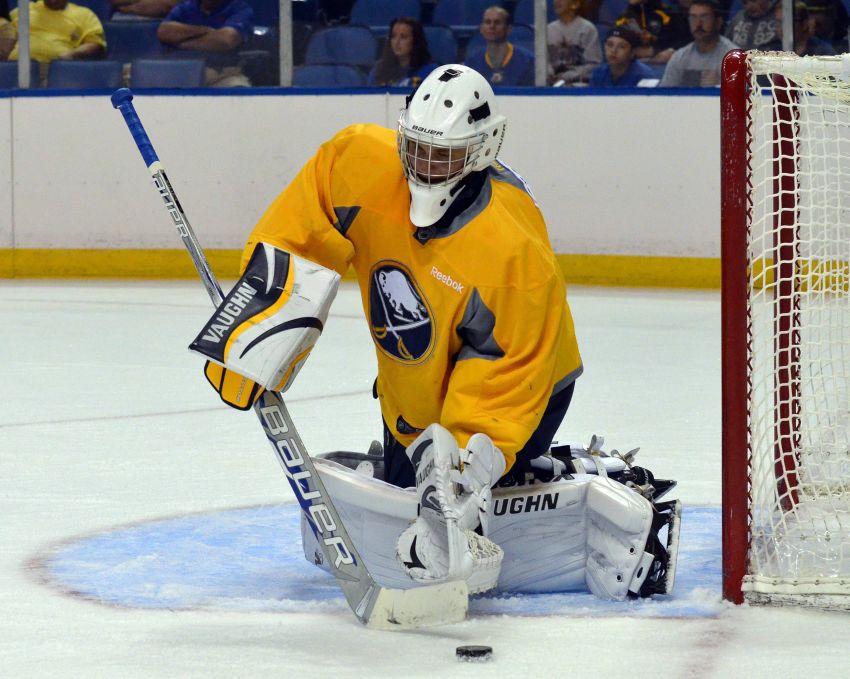 BUFFALO – With goalie Nathan Lieuwen sidelined by a concussion, the Sabres recalled rookie Andrey Makarov from Rochester this morning.

The team also summoned defenseman Mark Pysyk to replace the concussed Chad Ruhwedel and sent winger Luke Adam back to the Americans.

The 20-year-old Makarov has never played in the NHL and only recently earned a promotion to the Amerks.

Still, Makarov has played well in the AHL, going 3-3 with a 2.70 goals-against average and .912 save percentage in six games with the Amerks. He stopped 37 shots Friday in a 4-3 win against Binghamton.

The undrafted Makarov will be the eighth goalie to dress for the Sabres this season. Five have played.

Matt Hackett, who spent most of this season in Rochester, will start for the Sabres tonight against the Detroit Red Wings.