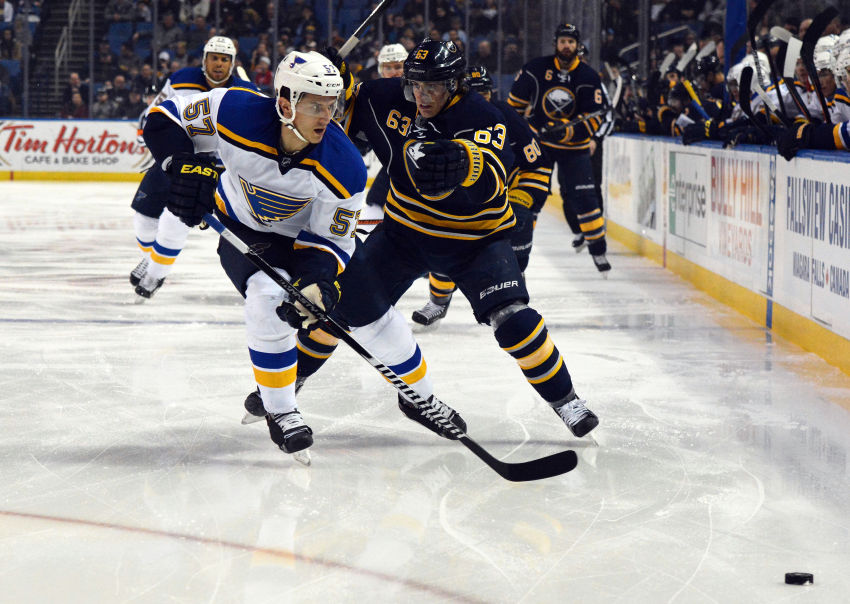 But mired in one of the worst slumps of his 363-game career, Ennis, who hasn’t scored in nine games, knows he needs to go for the safer play.

“It’s tough because I know I can make the plays,” Ennis said this morning inside the First Niagara Center. “I know I can make tricky plays, fun plays. I think you got to get back to basics and simplify and build from that.”

Clearly, Ennis, who has three goals and 10 points in 18 games entering tonight’s contest against the St. Louis Blues, is pressing. Sabres coach Dan Bylsma said it again this morning. When asked if he’s pressing, Ennis replied, “I think that’s the same thing as frustration.”

Ennis, who was briefly demoted to the fourth line Saturday, skated on the right wing beside center Johan Larsson and Marcus Foligno this morning.

Incredibly, the Sabres have lost seven straight games and 17 of 19 overall to the Blues dating back to 1999. The Blues have outscored them 66-31 in that stretch. They’ve won nine of the last 10 here. The Sabres last beat them in Buffalo on Nov. 12, 2008.

The Blues won a 3-2 shootout in St. Louis on Thursday.

Meanwhile, other than goalie Linus Ullmark, the Sabres will use the same lineup that lost to 3-0 on Saturday in Dallas. Defenseman Mark Pysyk (bone bruise) will miss his third straight game. Bylsma said center Zemgus Girgensons (upper body) is day-to-day and “progressing.”