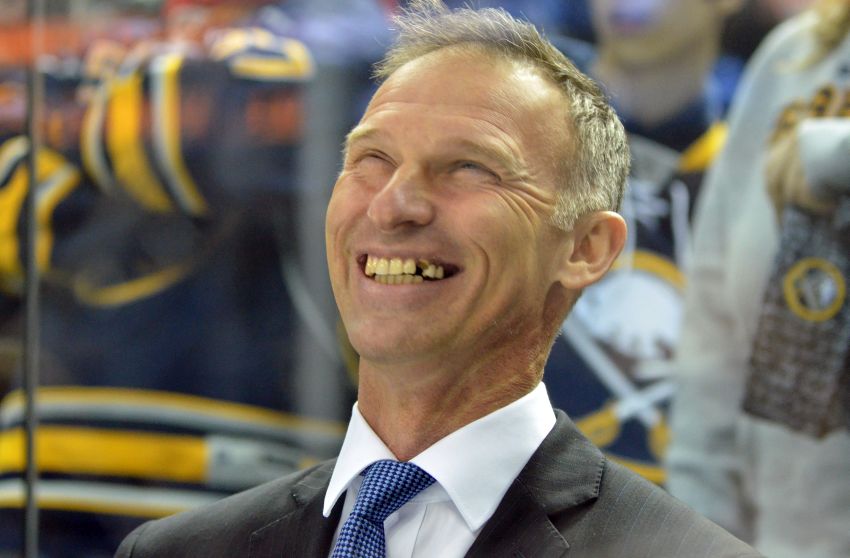 BUFFALO – The Sabres will retire legend Dominik Hasek’s No. 39 prior to the Jan. 13, 2015 game against the Detroit Red Wings, the team announced Monday.

The Sabres announced last season Hasek’s number would be retired.

Getting away for six days will be nice, Sabres winger Drew Stafford said.

“This is going to be a good break for us as well, spend some time as a team away from the rink, build a little bit more chemistry, get to know each other a little bit better, have some fun,” he said. “Hopefully, that can carry over to the ice.”

Kaleta has been practicing with a full shield. A puck hit him in the face Sept. 28.

Nolan will coach against his son, Jordan, a Kings forward, for the first time Thursday in Los Angeles.

One thought on “Sabres to retire Dominik Hasek’s No. 39 on Jan. 13 prior to Red Wings game”