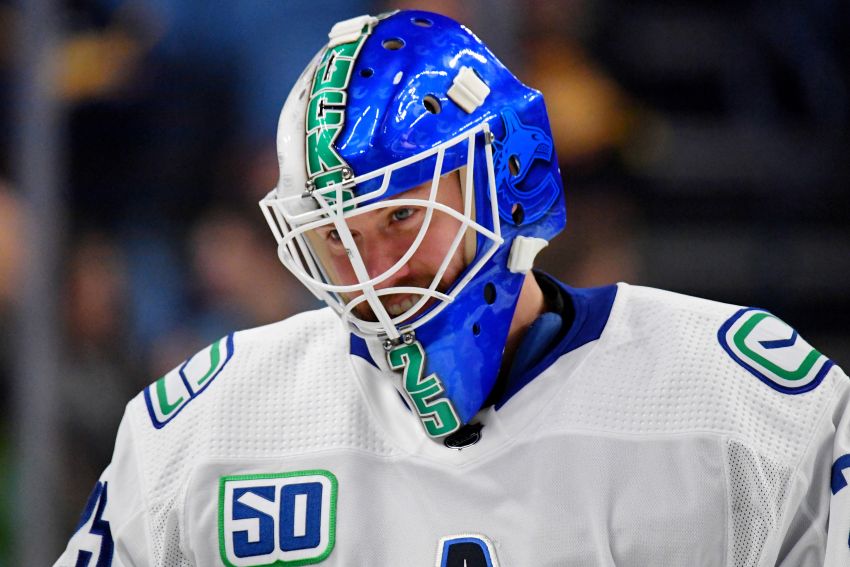 The COVID-19 pandemic promised to make this offseason unusual.

NHL teams have generated little or no revenue over the past seven months. The league has frozen the salary cap at $81.5 million for 2020-21, a season it would like to start in January. That, of course, could be difficult.

The uncertainty surrounding the season created an odd opening day of free agency Friday. Many teams are operating on internal budgets far below the cap.

Instead of the usual flurry of signings after the market opened, activity was limited. Teams mostly awarded one- and two-year contracts to journeymen for short money.

Other than goalie Jacob Markstrom (six years, $36 million from the Calgary Flames) and defenseman Torey Krug (seven years, $45.5 million from the St. Louis Blues), the biggest names are still unsigned.

Those players – winger Taylor Hall and defenseman Alex Pietrangelo, for example – will find lucrative deals. Still, they might have to settle for less than they would’ve in the past.

When they sign, other dominoes will fall. Teams will ink more players. But they almost certainly won’t be spending as much money as in the past.

Adams might have to revamp the Sabres through trades. Right now, having missed the playoffs nine straight seasons and developed a well-earned reputation for dysfunction, joining the Sabres is a tough sell.

The Sabres have 16 players under contract and $27,958,333 of cap space, according to capfriendly.com.

More on each player the Sabres signed Friday.:

Rieder will likely skate on the third or fourth line and kill penalties for the Sabres, whose penalty killing ranked 30th last season.

He played for Sabres coach Ralph Krueger on Team Europe at the 2016 World Cup of Hockey.

The Oilers drafted Rieder in the fourth round in 2011, 114th overall, before trading him to Arizona in 2013. The Oilers brought him back in 2018, and he recorded zero goals and 11 assists for them that season.

The 6-foot-1, 207-pound Irwin, 32, compiled zero goals, three assists and a minus-15 rating in 36 total games last season with the Nashville Predators and Anaheim Ducks. He played nine contests with the Ducks after arriving in a trade Feb. 24.

Irwin has scored 22 goals and 82 points in 359 career outings. The undrafted UMass product began his career with the San Jose Sharks and played two games with the Boston Bruins before joining Nashville.

The 6-foot-2, 189-pound Davidson, 29, compiled zero points in 12 games last season with the Sharks and Flames. He also scored three goals and 20 points in 34 AHL contests with the Stockton Heat.

Davidson has scored nine goals and 23 points in 173 career NHL games. He has also played for the Oilers, Montreal Canadiens, New York Islanders and Chicago Blackhawks.

The Oilers drafted him in the sixth round in 2010, 162nd overall. He played for Edmonton’s AHL affiliate, the Oklahoma City Barons, when Krueger coached the Oilers in 2012-13.

Davidson could be ticketed for the Rochester Americans.

Irwin and Davidson and both left-handed shots, meaning the Sabres now have a balanced blue line: four lefties and four righties.

Notes: The Sabres on Friday officially announced winger Zemgus Girgensons’ three-year contract with an average annual value of $2.2 million. … Ex-Sabres forward Vladimir Sobotka, an unrestricted free agent, has signed a one-month contract with the SCRJ Lakers, a Swiss team, according to a Czech report. Sobotka, 33, hasn’t played since suffering a season-ending knee injury Nov. 8. … Veteran winger Wayne Simmonds, who played seven games with the Sabres late last season, signed a one-year, $1.5 million with the Maple Leafs. Simmonds, 32, grew up outside of Toronto in Scarborough, Ontario.