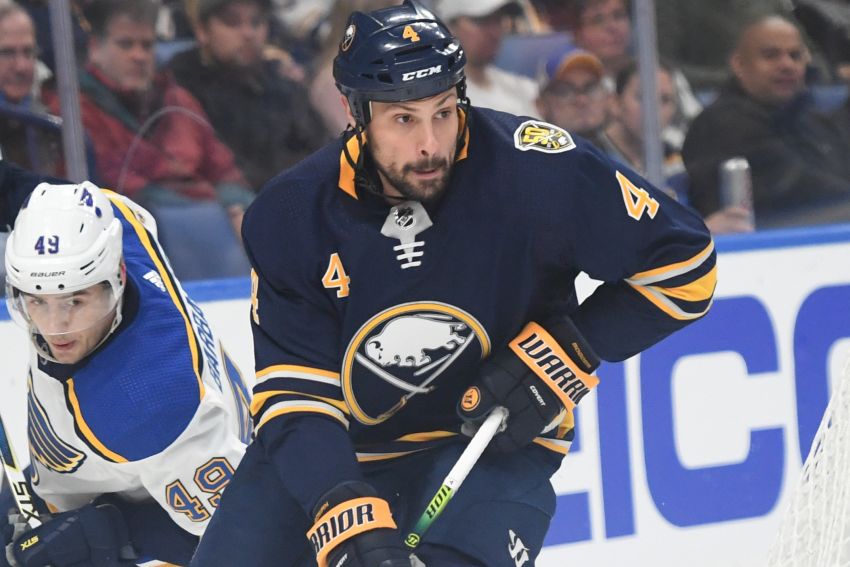 “Anytime you don’t get a chance to be in there to be a part of the team and do what you want to do and do what you love, I mean, it’s tough,” Bogosian said after skating just over 18 minutes in his return in Saturday afternoon’s 3-2 win over the Los Angeles Kings.

Heck, hours after Sabres coach Ralph Krueger said Bogosian would sit out Dec. 12, it was reported the veteran had requested to be traded.

“We’ve worked him hard and he’s embraced the asks from us as coaches, what we’ve requested to be a teammate and to work himself into the lineup,” Krueger said.

Bogosian mostly played with Rasmus Dahlin and killed penalties. He also skated a little with Brandon Montour, moving to the left side.

“It was a strong game coming back,” Krueger said of Bogosian. “First of all, he was pleased to be back in the lineup. He adds power back there, adds energy, and we liked it because when you come from practicing to the pace of a game like today, and the push they gave in the first period, especially, it was a good test for all the D.”

Bogosian said it took him “a little while” to get going.

“Anytime you sit out for a period of time, it’s tough to get back into it,” he said. “I liked the way I played (in the) second and third.”

He added: “Me and (Dahlin) have always, from Day One, had chemistry, so anytime we are paired together, we’re both comfortable with where each others’ games are at. We seem to find each other well and read off each other.”

Bogosian, a popular teammate, said nothing changed off the ice during his time as a scratch.

“We’ve got a good bond here in the locker room,” he said. “Still the same old stuff for me. I mean, it’s been good. It’s been an opportunity for me to just keep working hard and grow my game. That’s what I’m going to keep doing.”

The Sabres scratched winger Conor Sheary on Saturday for the third time in six games.

Sheary, 27, has struggled most of the season, scoring just two goals in his last 26 outings.

Overall, the American has compiled five goals and 10 points in 30 contests this season. He has two two-goal games.

Meanwhile, after getting recalled from the Rochester Americans on Friday, Curtis Lazar centered Zemgus Girgensons and Kyle Okposo.

Notes: Sabres center Johan Larsson missed his first game with an upper-body bruise. Krueger said the Swede will be sidelined until after the NHL’s three-day Christmas break, which begins after Monday’s road contest against the Ottawa Senators. … Sabres center Evan Rodrigues, who left Thursday’s game after taking a shot off his left ankle, played Saturday. … Eden’s Alex Iafallo, a winger who’s in his third season with the Kings, recorded an assist.