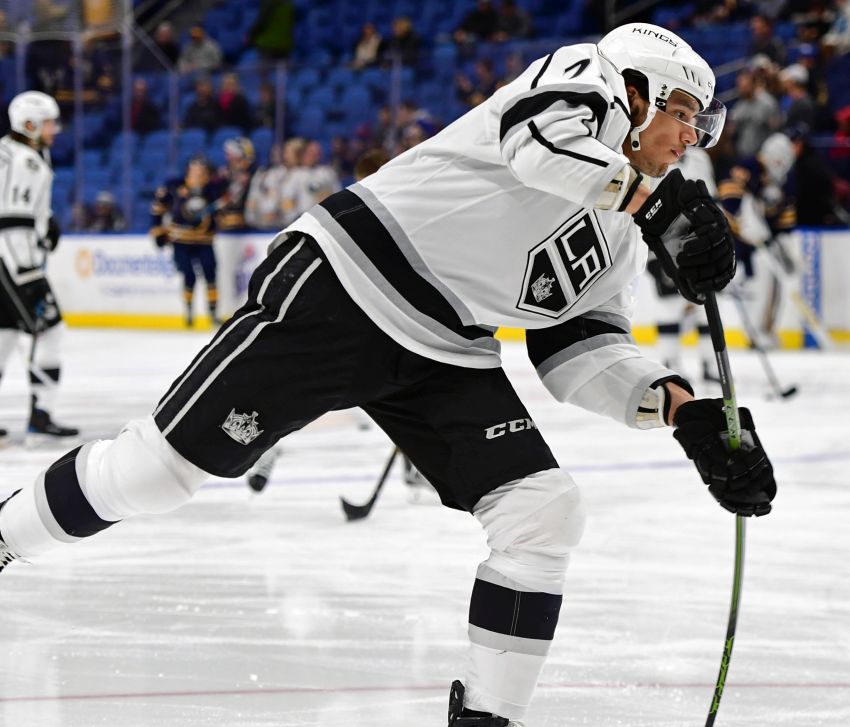 “We’re in a position where a lot of young Native men look up to us,” Nolan said Tuesday prior to the Sabres’ 6-3 win against the Kings inside KeyBank Center. “We’re role models, so I think we have to take that pretty seriously.”

So Nolan, 27, and teammate Dwight King recently spoke out about the Standing Rock Sioux Reservation in North Dakota, where thousands of Native Americans and activists have been protesting the proposed Dakota Access Oil Pipeline near the Missouri River, which provides fresh water for the reservation.

Last week, Nolan tweeted a photo of a shirt in his locker that read “I Stand With Standing Rock,” a shirt King, who also has First Nations heritage, recently wore. Nolan also tweeted a 17-minute documentary about Standing Rock called “Defend The Sacred.”

It was just an innocent play. Early in the Sabres’ 2-1 loss Nov. 1 in Minnesota, defenseman Zach Bogosian said he pinched down in the offensive zone.

“I just caught a rut and my knee just kind of went in,” Bogosian said. “It was kind of a freak thing. … Sometimes the ice will get you. Unfortunately, my knee kind of went the wrong way.”

Bogosian, who skated with his teammates again Tuesday morning, has missed the last 18 games.

Bogosian said he doesn’t have a target date. He plans to practice Thursday. The Sabres also play Friday and Saturday

The Sabres sorely miss Bogosian’s puck-moving skills. The Massena native is the only regular defenseman still out. Josh Gorges and Dmitry Kulikov recently returned from injuries.

“I figured sooner or later we’d play together,” Okposo said.

Sabres center Derek Grant, out last game with the flu, was a healthy scratch for the first time this season.