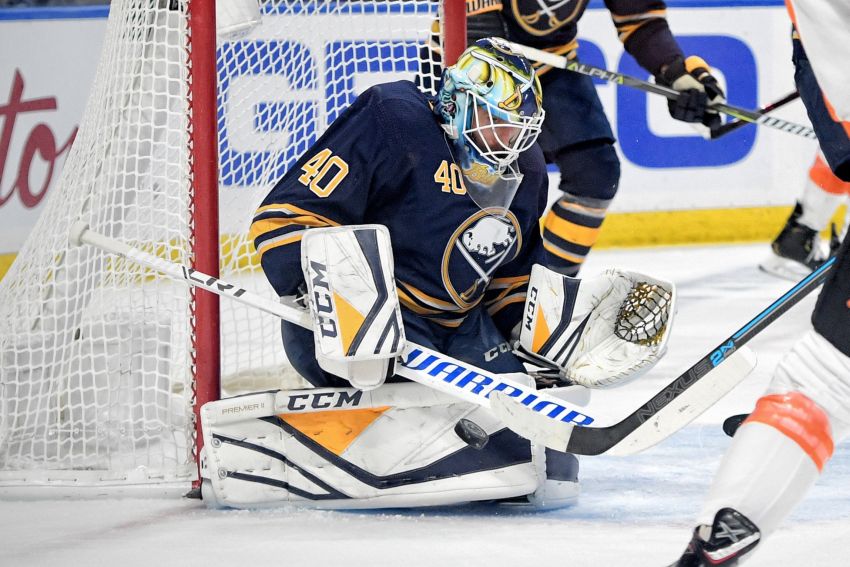 Carter Hutton has made difference with the Sabres. ©2018, Micheline Veluvolu

BUFFALO – Even in a new role as an NHL starter, Sabres goalie Carter Hutton’s mentality hasn’t changed. The popular veteran still acts like he’s trying to crack the big leagues.

Hutton started Thursday’s 3-1 win against the Arizona Coyotes, his first appearance in 10 days. An upper-body injury sidelined him one game before he backed up Linus Ullmark on Tuesday.

“Carter brings a lot of energy to the game every day and passion to the game and his work habits and his work ethic speak a lot about who he is,” Housley said inside KeyBank Center. “There’s a lot of other intangibles that come into play. Being in the room and the veteran experience and the way he communicates within our group, it’s been invaluable.

Hutton wasn’t worried about the layoff.

If you’ve watched Sabres defenseman Lawrence Pilut closely, you possibly noticed he often taps his stick on the ice before shooting the puck.

“Get a feel for the puck a little better,” Pilut explained after recording an assist in Tuesday’s 4-3 overtime win.

“(Tuesday) was a good step forward,” he said.

How’s this for an incredible stat? Entering Thursday, the Coyotes had scored 11 short-handed goals this season and only allowed eight power-play scores in 85 attempts.