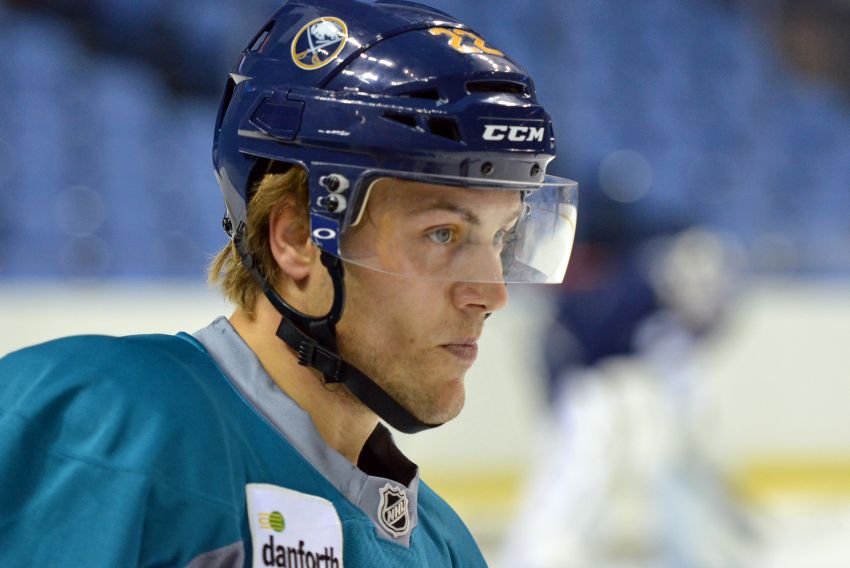 BUFFALO – The lower-body injury Sabres defenseman Josh Gorges has been nursing could sideline the veteran for a while.

“I’m not too sure about that,” Nolan said this morning after the Sabres prepared for tonight’s game against the Philadelphia Flyers inside the First Niagara Center. “We’ll see. He’s going to get a second opinion.”

Sabres winger Patrick Kaleta, meanwhile, had played 21 consecutive games, a long streak for the oft-injured agitator. But the Angola native, who practiced Saturday, has also been battling a lower-body injury.

Kaleta will be evaluated again and sidelined a “little while.”

“He was trying to skate through it,” Nolan said.

With Kaleta out, the Sabres summoned winger Johan Larsson from Rochester. Larsson skated on the left wing beside center Matt Ellis and the struggling Cody Hodgson, who will return from a two-game benching.

Nolan chatted with Hodgson this morning on the ice.

Nolan also talked to Larsson, who angered him by complaining about his linemates after his last demotion.

Larsson said he doesn’t “really talk about that” when asked if the Sabres told him to keep quiet about his linemates.

In other news, expect defenseman Zach Bogosian, part of Wednesday’s trade with Winnipeg, to play some big minutes tonight.

Bogosian wore No. 44 with Winnipeg and No. 4 in Atlanta.