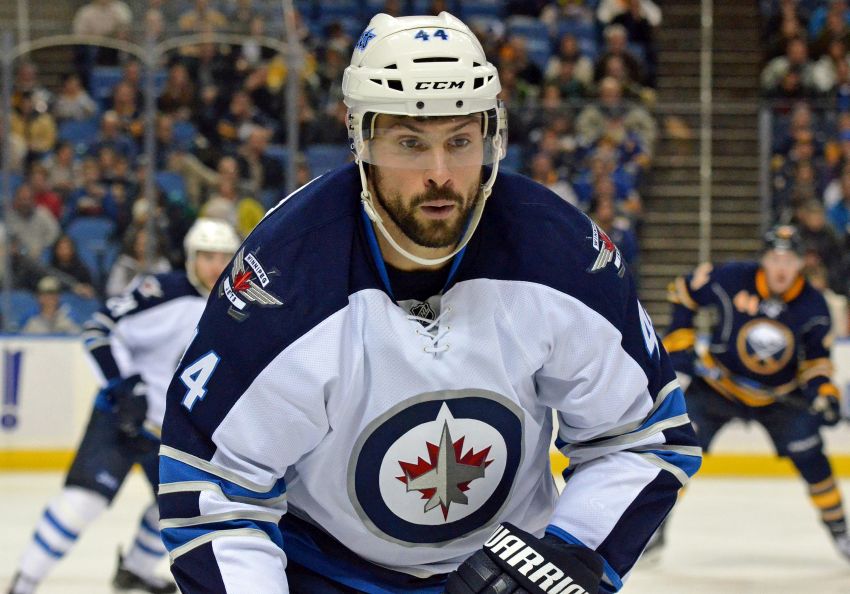 BUFFALO – The mood on the ice inside HarborCenter belied the Sabres’ sorry state. Players laughed and had fun throughout Saturday’s up-tempo practice, the end of another trying week for the rebuilding club.

For some, the session, the first with new Sabres defenseman Zach Bogosian, was therapeutic.

“We got a good group of guys,” Sabres coach Ted Nolan said. “They give us what they have every day. They’re trying to keep their spirits up as best we can. There’s problems outside the area, but when you get on that ice, it seems to all go away. It’s good therapy for the guys to get out there.”

This is an unsettling time for the Sabres, who host the Philadelphia Flyers tonight at the First Niagara Center. Wednesday’s trades – Jhonas Enroth, Tyler Myers and Drew Stafford suddenly left town – rocked the team.

With the deadline just 15 days away, more deals will be coming soon. Mike Weber believes the uncertainly creates anxiety, something the Sabres defenseman has learned to deal with over the years.

“I’m getting older,” the 27-year-old said. “I’ve matured to the point where I understand this and accept this as part of the game, part of the business. Every March … you know this is coming, and especially when we’ve been in the position we’ve been in in the last two, three years. That’s a huge part of it.”

Bogosian was a huge part of the deal that sent Myers and Stafford to Winnipeg. The 24-year-old left a solid Jets team on the brink of the franchise’s first playoff berth in eight years to join the NHL’s worst club.

“It’s definitely a different feeling when you go from a playoff push to kind of be out of it a little bit,” he said. “But we just got to keep building for the future. That takes time.”

Still, Bogosian, a native of Massena, a town of almost 13,000 about 300 miles from Buffalo, said he’s “excited” for the new opportunity. His godfather is from Buffalo and he attended his first NHL game here 10 or 15 years ago.

“A lot of emotions went through you,” he said about hearing of the trade. “Once I heard Buffalo, it was a good feeling that I was going to kind of come close to home and play in front of my family and friends.”

Evander Kane, the high-scoring winger the Sabres acquired with Bogosian, garnered most of the attention last week. But the 6-foot-3, 225-pound Bogosian is a versatile defensemen, showcasing a physical edge to go with his strong skating.

“I like to play both sides of the puck,” said Bogosian, who plays about 22 minutes a night.

“Here in Buffalo, people want to see some energy,” said Nolan, who paired Bogosian with Andre Benoit. “They want to see some body collisions out there. He likes to play that style, so he should fit in perfectly.”

Nolan often watched Bogosian, the third pick in 2008, play in junior and knew all about his talents.

“To find out what kind of person he is is a treat,” he said. “He seems like a real fine gentleman. He’s got a great personality to him. He’s excited about being here.”

Kane, meanwhile, is out for the season after undergoing shoulder surgery earlier this month.

“Fans got to wait a little bit to see him, but they’ll be satisfied,” Bogosian said.

Character issues have dogged Kane over the years. The 23-year-old reportedly didn’t show up for a game Feb. 5 after teammates threw his track suit in the shower. He allegedly violated the Jets’ dress code.

“Out of respect to the guys in that (Jets) room, I’m just going to say I’m going to keep it in the room,” he said.

The flu sidelined Sabres winger Chris Stewart, who will almost certainly be dealt prior to the deadline, Saturday. Naturally, Stewart’s absence raised some eyebrows.

Stewart’s status is unclear for tonight’s game. Nolan said a flu bug is going around.

In other lineup news, Sabres defenseman Josh Gorges, who’s dealing with an undisclosed injury that won’t go away, missed the session and will be evaluated to “see if it’s more than maintenance,” Nolan said.

The Sabres practiced a forward short and could recall another player, Nolan said.

Hodgson said he hasn’t spoken to Nolan in more than a week.

An odd schedule – the Sabres practiced only twice last week – kept Bogosian from skating with his new team until Saturday.

“I guess when there’s a big trade like that it was nice we got a few days to kind of rest and kind of just think of what happened,” Sabres winger Tyler Ennis said.

One thought on “Zach Bogosian happy to join Sabres: ‘I heard Buffalo, it was a good feeling’”