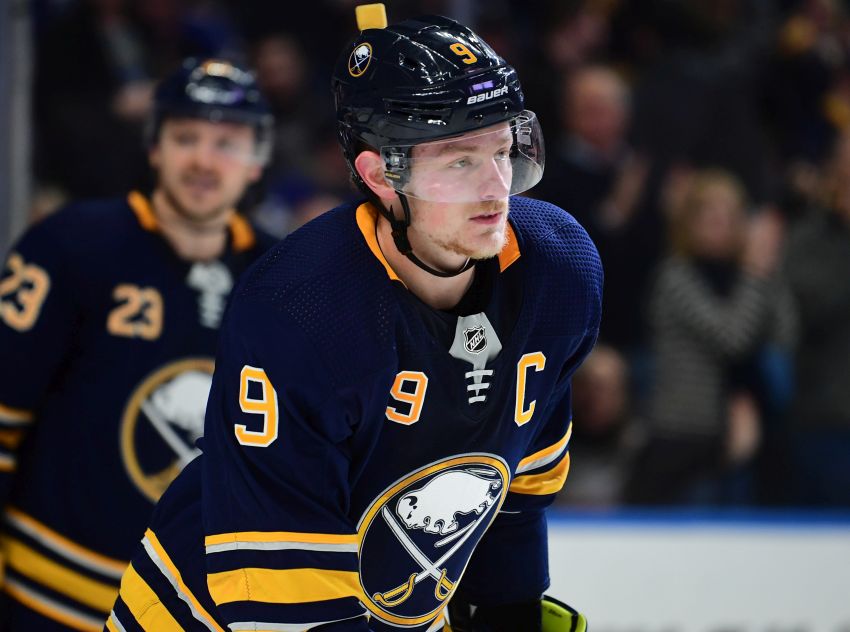 BUFFALO – Sabres center Jack Eichel practiced this morning in his regular spot beside winger Jeff Skinner, a sign the NHL All-Star is ready to return from his upper-body injury.

“He did quite well, a pretty high-tempo, bump-and-grind practice,” Sabres coach Phil Housley said. “It’s good to see him out there.”

So, will the captain return for Friday’s road tilt against the Carolina Hurricanes following a three-game absence?

“I wouldn’t declare him in the lineup,” Housley said. “Obviously, we wanted to see how he reacted to the practice and we’ll know more tomorrow.”

Still, Eichel will likely play his first game since Dec. 31.

“I’m back to 100 percent, so I’m just excited for the game tomorrow,” Eichel said following his first full practice.

“Tage has been playing very good hockey the last 10 games, particularly the last five,” Housley said. “He’s creating a lot of offense, he’s using his speed, he’s using his shot, he’s been reliable defensively. I just put him up with Jack to get some balance.”

In other news, Housley said winger C.J. Smith, who skated as a spare forward today, would accompany the Sabres to Carolina.