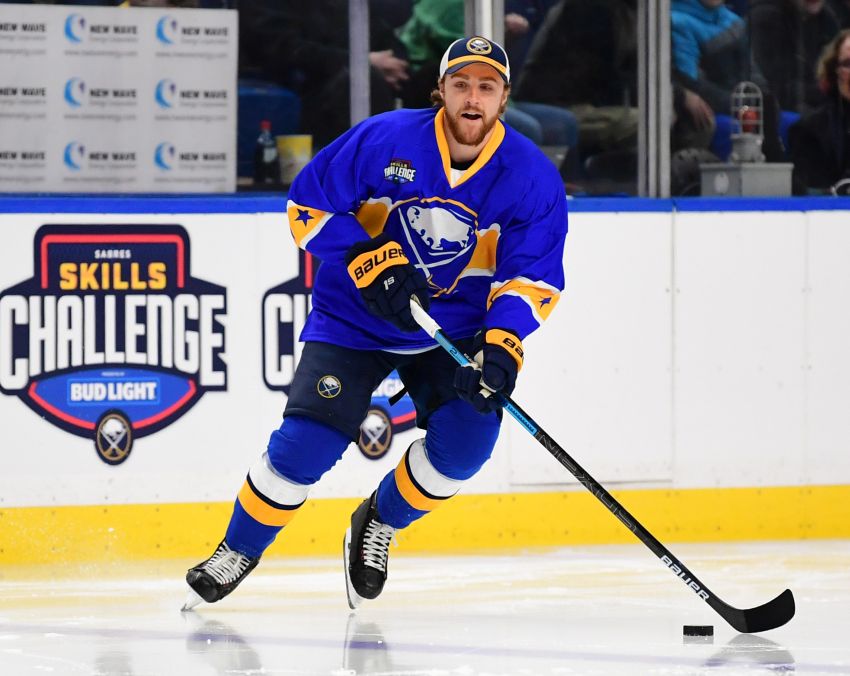 Scott Wilson broke his ankle in the preseason. ©2019, Hickling Images

BUFFALO – The Sabres assigned winger Scott Wilson to the Rochester Americans after he cleared waivers today.

Wilson, 26, broke his ankle Sept. 30 and hasn’t played yet this season.

After the Sabres finish a three-game road trip next week, they don’t play again for 11 days. So joining the Amerks gives Wilson an opportunity to play regularly as he acclimates to game action again.

The Amerks have a home-and-home series with the Toronto Marlies this weekend, starting Friday in Rochester.

Wilson hasn’t played in the AHL since 2015-16, when he compiled 22 goals and 36 points in 34 games with the Wilkes-Barre/Scranton Penguins.

The 5-foot-11, 186-pound Wilson was one of the Sabres’ biggest surprises last season, scoring six goals and 14 points in 49 games after arriving from the Detroit Red Wings.