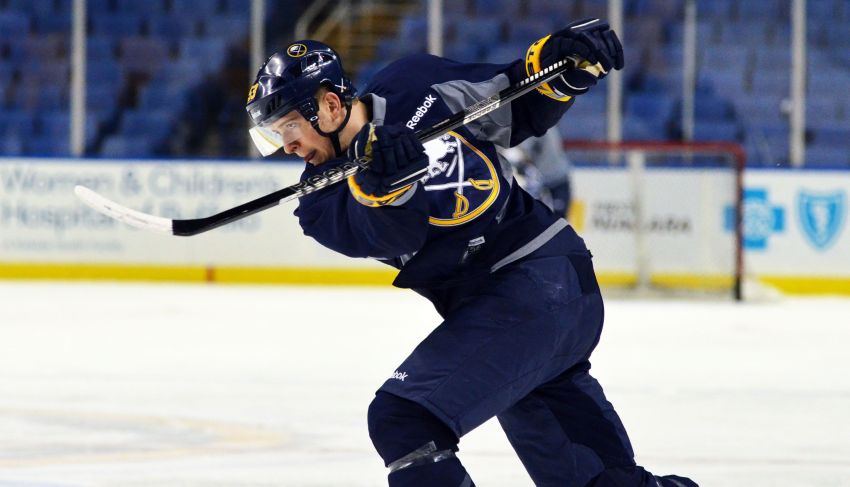 NEWARK, N.J. – Since most NHL Entry Drafts don’t start paying dividends for a few years, here’s a look at the Buffalo Sabres’ first-round picks from 2005-10 and some notable hits and misses.

After some early struggles in Rochester last season, Pysyk began developing rapidly during his rookie campaign, earning a March recall and a regular spot down the stretch. The smooth 21-year-old could someday be the Sabres’ franchise defenseman.

Hidden gem: Too early to tell

Kassian, a lethal hitter with soft hands in junior, lost much of his aggressiveness during 2011-12, his first professional season. The Sabres traded him to Vancouver for center Cody Hodgson in February 2012 after 27 games.

Foligno quickly became one of the NHL’s top forces following his late in 2011-12, scoring six goals and 13 points in 13 games. He struggled during his first full campaign, though, compiling only five goals, 18 points and getting scratched once.

Myers burst on the scene as a 19-year-old in 2009-10, earning the Calder and accolades as one of the NHL’s top defenders. He hasn’t duplicated that dynamic season, however, and now some observers think he could be bust. He struggled mightily most last season after reporting to training camp out of shape, even becoming a healthy scratch twice.

Ennis, a 20-goal rookie three years ago, went on a scoring spree when he was switched him from wing to center late in 2011-12. But he couldn’t recapture that magic last season, so new coach Ron Rolston switched him back to the wing.

Schiestel hurt his knee again on opening night in 2011-12. Since then, he has been loaned to the Dallas organization, sent to the ECHL, used as a forward and been a regular healthy scratch.

The Sabres took backup goalie Jhonas Enroth and defenseman Mike Weber, a regular the last three seasons, with their second and third picks.

The Sabres whiffed badly with Zagrapan, who, like Persson, never cracked the NHL before heading to Europe. He managed AHL seasons of 17, 18 and 21 goals. But the Slovakian’s assertiveness and consistency never matched his skill set.

The diminutive Gerbe has been a regular for three seasons, developing into a good checker. Still, Gerbe, a prolific scorer in the NCAA and AHL, hasn’t done much offensively, scoring only 29 goals in 142 NHL games.

Gogulla played one AHL season before going home to Germany.