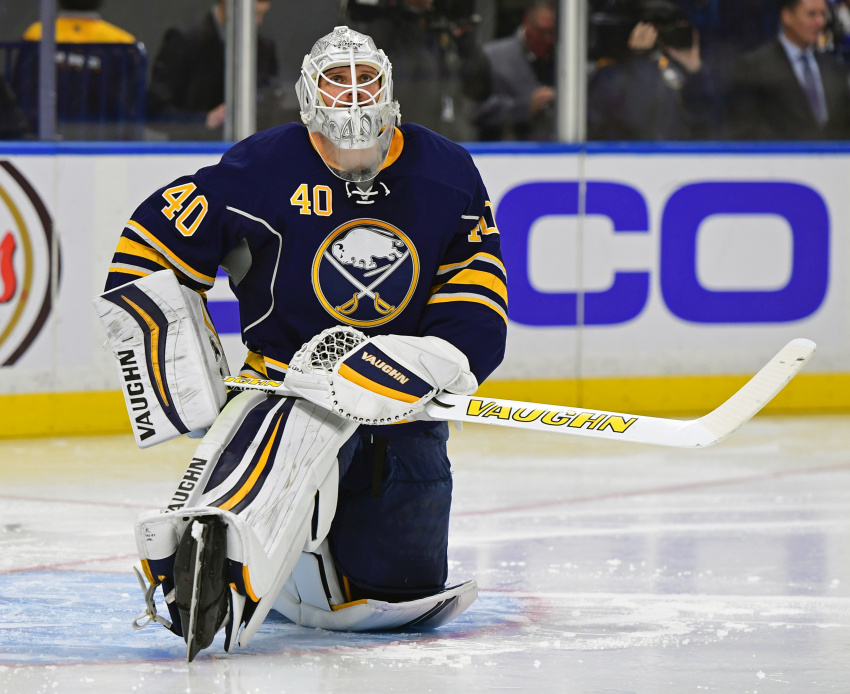 BUFFALO – Some quick updates from KeyBank Center, where the Sabres practiced this afternoon following Tuesday’s 4-3 win in Detroit:

– Goalie Robin Lehner, who took a stick to the throat against the Red Wings, and defensemen Dmitry Kulikov and Jake McCabe all missed practice with maintenance days, Sabres coach Dan Bylsma said.

Lehner, who has an abrasion on his neck from teammate Zach Bogosian’s stick, saw a doctor this morning “as more of a formality,” Bylsma said.

– Winger Tyler Ennis, out the last 22 games following groin surgery, has been skating on his own and could join team practices in the next week or 10 days, Bylsma said.

– Defenseman Cody Franson, out the last three games with what he said is a lower-body/muscle injury, practiced today and is hopeful he can play Thursday here against the Boston Bruins.

“I felt good out there today,” he said.

Franson said he was injured the morning of last Thursday’s 2-1 shootout loss to Carolina.

– The Sabres trail the third-place Bruins by six points in the Atlantic Division. The teams also meet Saturday afternoon in Boston, so the home-and-home set is huge.

“They’re within earshot,” Bylsma said. “You have a chance of sweeping these two games and gaining four points on them, putting yourself right near them, right next to them in the standings.”