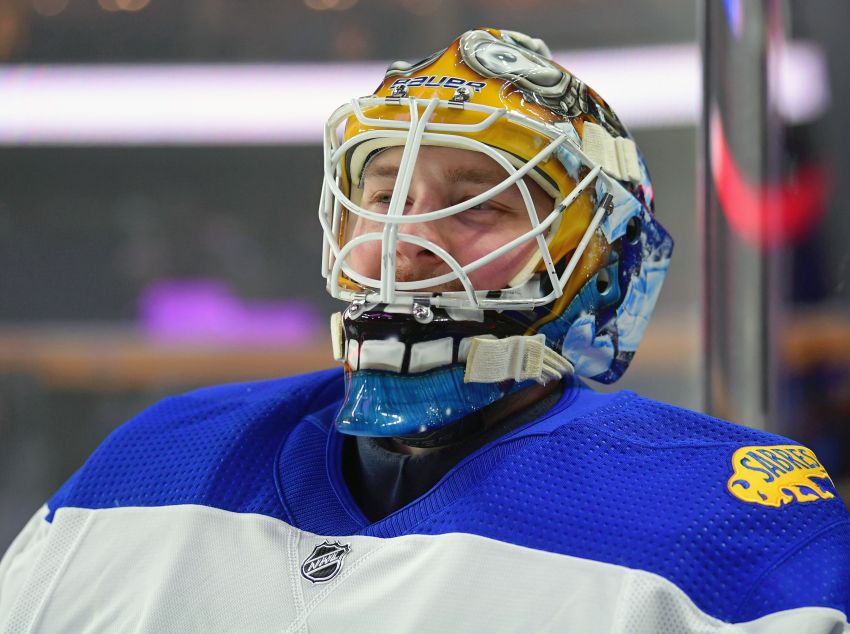 BUFFALO – When Sabres coach Phil Housley said last week he planned to give goalie Linus Ullmark some starts, you figured he might ease the prospect in early.

Remember, while Ullmark has played 22 NHL contests, 20 of his appearances came as a rookie in 2015-16. The Swede has spent most of the last two seasons in the AHL.

But Housley will throw Ullmark, 24, into the fray against the scorching Nashville Predators tonight inside KeyBank Center.

The Predators, the NHL’s best team with a whopping 104 points, have won three straight games and a ridiculous 13 of the last 14. They’ve won eight consecutive road contests. In the last six, they’ve roared from behind to triumph.

In an era of parity, the Predators possess remarkable depth. They have 14 players with 10 or more goals and eight with 40 or more points. They’ve also posted 10 shutouts.

Ullmark, an AHL All-Star, hasn’t started an NHL game since his 44-save effort in a 3-1 win against Columbus on Jan. 11.

“We knew we were going to give him some games down the stretch here. What better game to get a challenge from Nashville?” Housley said this morning after the Sabres prepared for the Predators, the team Buffalo hired him away from last year. “I thought he did a terrific job the last time he stepped in against a good Columbus team.”

Ullmark cautioned that was “just one game.”

“You can’t just go back and think I’m going to be a superstar,” he said.

The Sabres will have more help against the Predators. Winger Kyle Okposo will return after a concussion sidelined him three games. Meanwhile, defenseman Casey Nelson, who missed Saturday afternoon’s 5-3 win against Chicago with a lower-body injury, will also play.

To make make room for Nelson, rookie Victor Antipin will be scratched.

The Sabres made one paper transaction this morning, recalling winger Justin Bailey. They sent the youngster to the Rochester Americans on Sunday so he could “serve” his one-game AHL suspension.

Chad Johnson, who played Saturday, will back Ullmark up.

The Predators are 9-1-1 all-time in Buffalo.