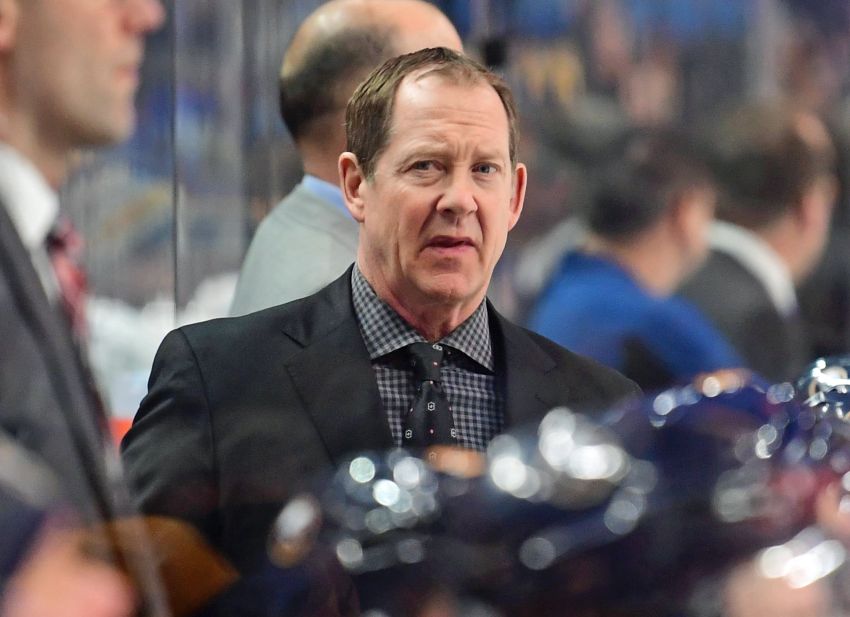 BUFFALO – By about 2013, Phil Housley knew it was time to take a crack at the NHL.

When Housley retired from his 21-year career as a defenseman in 2003, he went home to Minnesota and enjoyed life as a husband and father while coaching the boy’s team at Stillwater High School.

After so many years moving around North America, Housley, who now coaches the Sabres, wanted to settle down and watch his children grow up and be a part of the community.

Then five years ago, Housley’s successful foray into international hockey as a head coach, a gold medal at the World Junior Championship, earned him some notice. So did the bronze medal he won as an assistant months later at the World Championship.

“I thought it was a good place in my life and my family’s life to get to the NHL,” Housley said Sunday. “I was going to put my resume out there, but having that success with the World Junior team and the national team, there were some offers on the table. I was very fortunate to be able to jump from high school to the NHL.”

An offer to be an assistant materialized from the Nashville Predators, tonight’s opponent at KeyBank Center.

The Predators’ ownership and base of talent impressed Housley. He also knew their general manager, David Poile, from USA Hockey.

“The future looked really bright for them, just with the young players and their development and the defensive corps, a lot of young guys on that team,” Housley said. “It was a good mix and it was a great opportunity for me. (I) had some really good, fun years there.”

Over four seasons, first under coach Barry Trotz and then Peter Laviolette, Housley developed into one of the NHL’s top assistants, earning praise for his work with Nashville’s defense, perhaps the league’s best group.

By last year, as the Predators roared to the Stanley Cup final, Housley became the league’s hottest assistant. The Sabres hired one of their all-time great players as head coach in June.

Of course, facing the Predators for the first time will be special. When Housley spotted some familiar faces following Sunday’s practice, he shared some hugs and laughs.

“There’s going to be a lot of emotions, mixed emotions,” Housley said. “I’m just glad the game’s here to start out, and it’s been so far into the season it’s going to be a little bit easier being in your own rink.

“I spent a lot of time in that organization, they gave me a start in the NHL. We sort of grew together, the players and myself as a coach.”

The Predators look like they’re better than last season. They’ve already earned an NHL-high 104 points. Having won three straight games and 13 of the last 14, they’re the league’s hottest team.

The Sabres, meanwhile, rank 30th in the 31-team league with only 58 points. They’ve been a colossal disappointment during Housley’s first season.

While the Predators are gearing up for a Cup run, the Sabres are trying to stave off the embarrassment of finishing dead last.

Throughout the Sabres’ struggles, Housley has remained resolute, preaching the message every day.

“I try to sell something as a coach, I try to get their minds focused in the right area, and that’s a daily thing,” he said. “Whether that’s a good message or a negative message, you’re trying to get better and motivate them to be the best players they can be.”

Housley often does that emotionally. His bench demeanor is quiet. He hasn’t lost his cool during a game yet. But he’s different during practices and behind closed doors.

On the ice, he often barks out orders. Instead of a whistle, he simply uses his mouth. Before the Sabres waived him, former winger Matt Moulson said Housley “gives it to you honest, whether you want to hear it or not.”

“He’s pretty fiery, he’s a competitor,” Sabres winger Kyle Okposo said of Housley. “This season’s obviously not what he envisioned and he really wants to try to get better every day. I know that’s a cliche, but he thinks you got to come to work and you got to prepare and got to get better every single day. I think we could definitely use that message.”

Okposo has noticed his coach’s detail this season.

“His passion for the game is very noticeable,” he said. “He really gets fired up if things aren’t going the way he wants them to. You can tell he’s one of the best defensemen of all time, just in the way he’s so fiery. …

“When he played, he just wanted to be the best. You can definitely see that in his coaching style.”