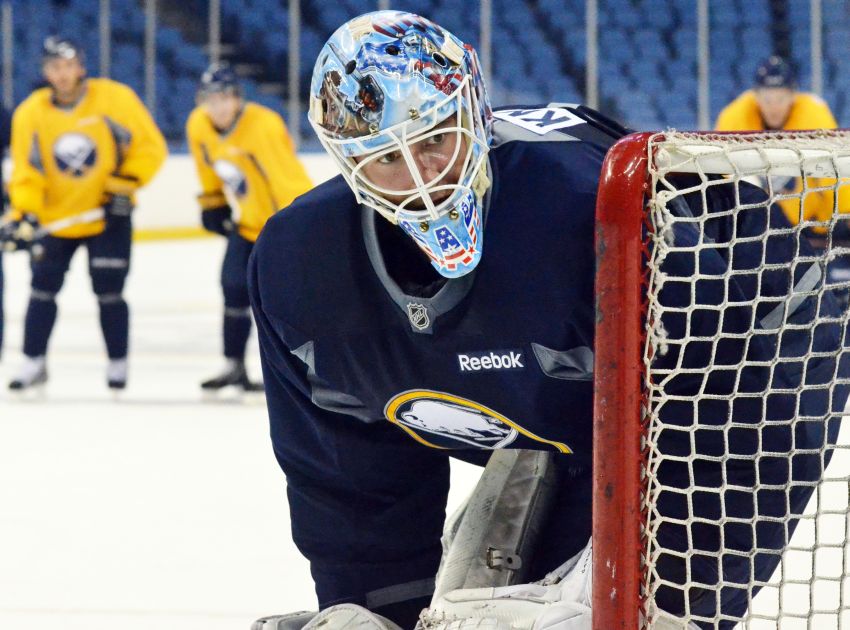 BUFFALO – Connor Knapp, the sixth goalie on the Sabres’ depth chart, will make his first NHL start this afternoon against the New York Islanders.

The Sabres recalled goalie Andrey Makarov from Rochester today on an emergency basis. But the 20-year-old Russian played for the Americans the last two days.

“Makarov, this will be his third game in three nights,” Sabres coach Ted Nolan said this afternoon inside the First Niagara Center. “They play again Wednesday. We know how crucial it is in Rochester right now. To take a chance on another goaltender going down, we’ll try to avoid that.”

The Amerks are battling for a playoff spot.

What does Nolan know about Knapp?

“He’s a big boy. He covers a lot of net,” Nolan said. “For the first time, throwing him in against the Boston Bruins in a situation that he didn’t think that he’d probably get called, he did well. Now he had a good night to think about it.”

The Sabres lost five players to injury Saturday. Nolan said he’d give update on them Monday.

Forwards Zenon Konopka and Ville Leino will play today after sitting as healthy scratches. The Sabres have also recalled winger Nick Deslauriers and defenseman Mark Pysyk from Rochester, which plays this afternoon in Cleveland.