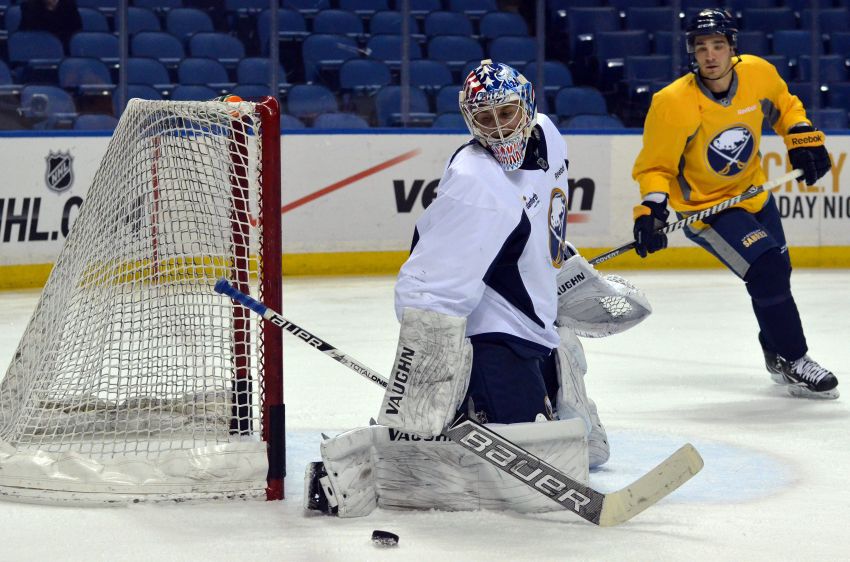 BUFFALO – Yes, the Sabres will have a full lineup for this afternoon’s season finale against the New York Islanders inside the First Niagara Center.

Makarov could make his first NHL start against the Isles. The 20-year-old Russian played Friday and Saturday for the Americans, who have won five straight games.

Connor Knapp, who relieved the injured Matt Hackett on Saturday, is the Sabres’ other goalie.

Meanwhile, the Amerks play this afternoon in Cleveland. They signed goalie Mark Guggenberger, a 2012 Sabres development camp attendee, to a tryout today.

The Amerks are fighting for an AHL playoff spot.