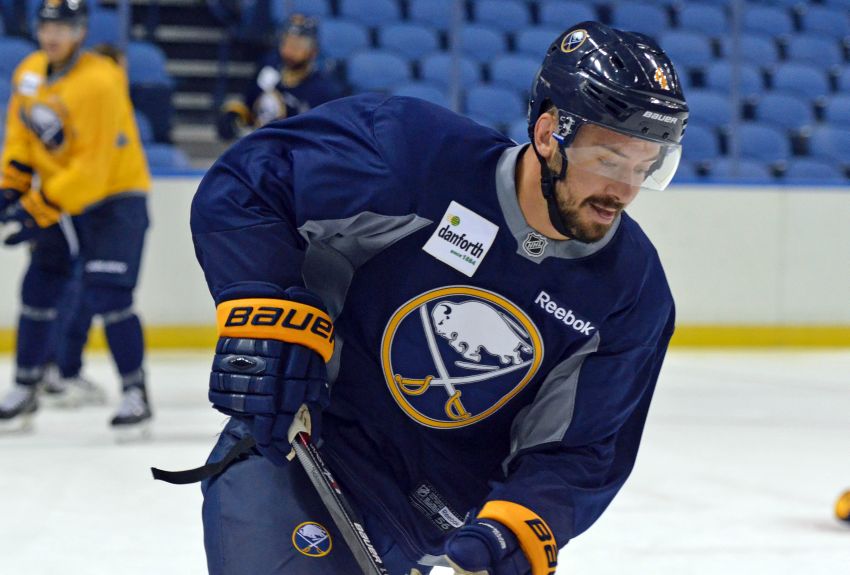 BUFFALO – The Sabres won’t face the Montreal Canadiens on Wednesday night trying to win for former Habs Brian Gionta and Josh Gorges, who will face their old team for the first time.

“As a team right now, we can’t be thinking about winning it for anybody but ourselves,” Sabres coach Ted Nolan said this afternoon inside the First Niagara Center.

Neither player wants the game treated any differently.

“You’re playing your former team for the first time,” Gorges said. “At the end of the day, tomorrow is two points on the line for us to put two wins together, which we haven’t done this year. It’s something we got to focus on, and that’s where our heads are at.”

Gionta said about playing Montreal: “To be honest, until today I haven’t really gotten into it too much.”

Check back later for more on Gionta and Gorges, who arrived in Buffalo hours apart July 1. Gionta’s the captain and Gorges is an alternate.

In other news, fresh off Sunday’s 3-2 shootout win against Detroit, Nolan might use the same lineup. Goalie Michal Neuvirth will make his sixth start this season. Winger Marcus Foligno, out last game after getting “banged up,” will test his injury in the morning and could play, Nolan said.