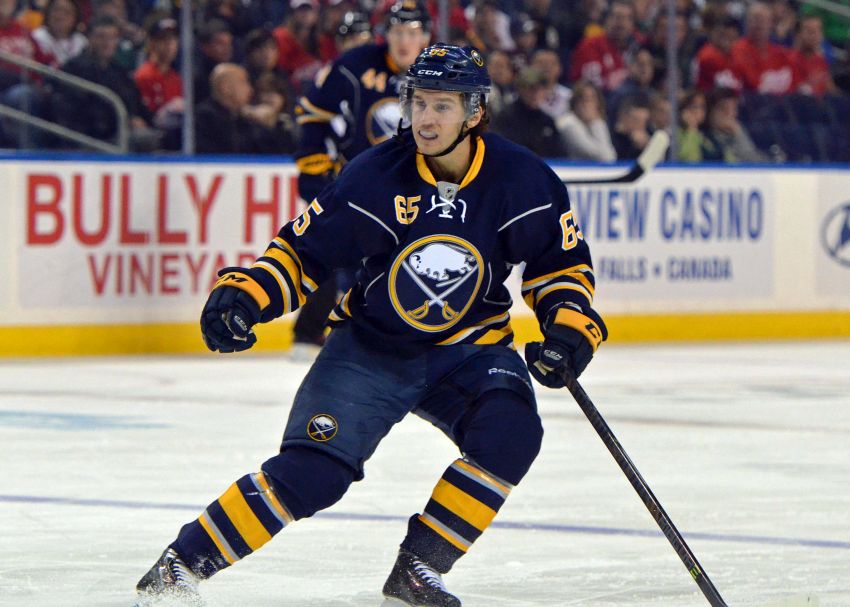 BUFFALO – In his first two seasons, the Sabres only scratched Brian Flynn three times. But the 26-year-old forward became a spare part in October, sitting out nine games, including five straight to close the month.

Now, Flynn’s making it difficult for Sabres coach Ted Nolan to take him out of the lineup. He opened the scoring in Sunday’s 3-2 shootout win against Detroit, his first goal in 25 games.

“I knew I had to try to be patient,” Flynn said Tuesday. “Teddy made that clear, just be patient. That’s what I tried to do. But, yeah, it is frustrating at the same time. It’s what you’re here to do, whether you’re the 13th forward or playing on the top line, you have to bring the same effort.”

Being the odd man out was difficult, especially with the Sabres losing constantly.

“It’s not fun watching every night and watching the guys struggle like that,” Flynn said. “But at the same time, you’ve got to come to the rink and be prepared to play any game and practice the same way. … That’s what I try to do. Watching the games up top you learn a little bit and try to get out there.”

Nolan inserted Flynn on the fourth line for Saturday’s 5-0 loss in Pittsburgh, his first appearance since Oct 18.

“The first one of the year always seems to be the toughest one, kind of break the ice,” Flynn said.

Nolan might use the same lineup tonight against the Montreal Canadiens he fielded Sunday.

Goalie Michal Neuvirth will make his sixth start this season, Nolan said. Winger Marcus Foligno, out last game after getting “banged up,” will test his injury this morning and could play, Nolan said.

A few weeks ago, Jim Montgomery, Zemgus Girgensons’ junior coach, said, “I know that he’s not the best in shootouts.”

Montgomery said that Oct. 15, the day after the Sabres center scored the shootout winner by deking in Carolina. He scored the winner again Sunday against Detroit by – you guessed it – deking.

Despite the “criticism,” Montgomery’s a big Girgensons supporter.