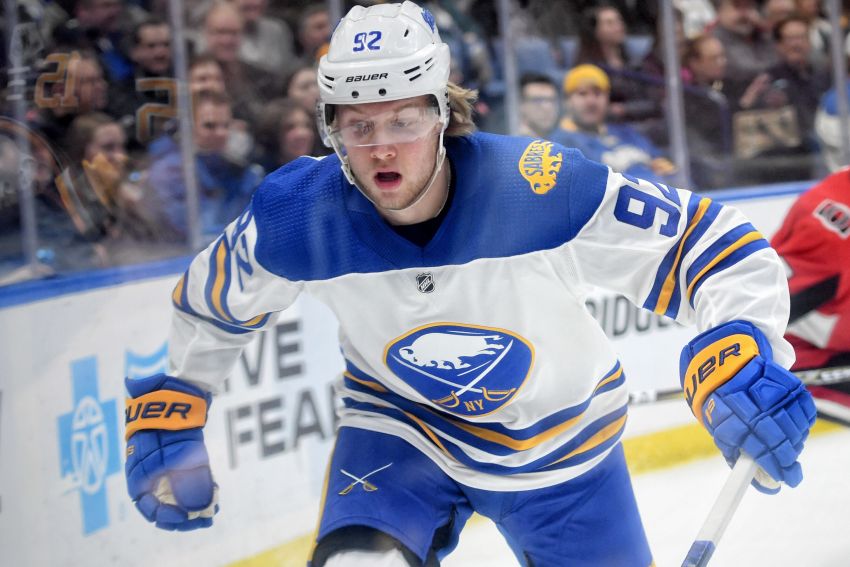 BUFFALO – Coaches regularly jumble their preseason line combinations as they evaluate talent and move players in and out. What you see during exhibition games usually doesn’t stick together for the regular season.

Still, one intriguing trio the Sabres will utilize tonight could remain intact.

The youngsters recently played together in the final game of the Prospects Challenge. In Monday’s 4-1 win in Columbus, Patrik Berglund centered the wingers.

Nylander enjoyed a strong outing against the Blue Jackets, recording two assists in the preseason opener.

“I thought that (the Nylander) line was really a difference-maker,” Housley said this morning. “But tonight, it’s a combination we’re just looking to put people in different places to get an evaluation. But I like the makeup of that line. They’re young, they’re fast, they’re skilled.

“The only thing I’m concerned about is just the checking portion of it. If they take care of that, they’re going to get turnovers and they’re going to create offense. But they got to pay attention to the players they’re playing against.”

Star forwards John Tavares and Mitch Marner will dress for the Leafs, so if the line gets matched up against them, they’ll have a stiff test.

“It could be a Tavares line, a Marner (line),” Housley said. “They’re very good hockey players. They have speed, they have experience. So it’s a great test. It’s good to see them and evaluate them in those situations.”

In what many observers believe is a pivotal season for Nylander, 20, he has looked noticeable from the get-go, showcasing the tenacity to complement his talent.

Monday’s effort showed he might hang around and compete for a roster spot.

“I was moving my feet, working hard, trying to get pucks deep and trying to create scoring chances offensively,” Nylander said. “I thought our line was really good that night, we were helping each other out.”

A solid start was critical for the Swede, who missed all of rookie and training camp last year before struggling throughout much of the regular season.

“He’s just moving his feet really well and showing the speed that he has,” Housley said. “He’s getting on pucks on the forecheck, he’s willing to get into the tough areas, he’s going to the net hard. He’s really improved from last year.”

“He’s able to make plays at top speed,” Thompson said. “A lot of guys can only make plays at one speed, but he can slow it down, too.”

Here’s the rest of tonight’s likely lineup against the Leafs:

Linus Ullmark will start in goal and be backed up by Adam Wilcox.

Check back later for updates from Toronto.