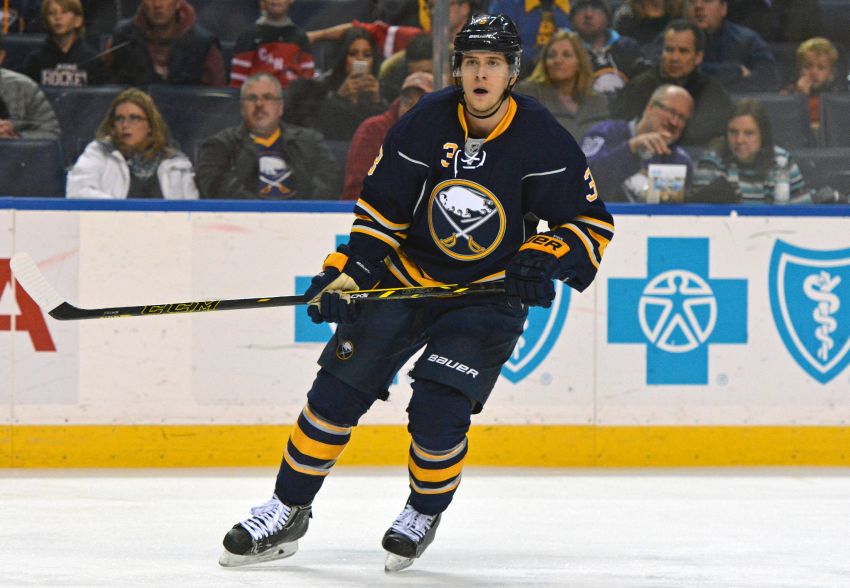 BUFFALO – This time, Mark Pysyk could stay in the NHL for good.

Of course, some thought the Sabres defenseman had secured regular duty last season. The steady 22-year-old was often the only bright spot on a dreadful team, skating 20 minutes some nights.

But 42 games into Pysyk’s season, the Sabres sent the prospect back to Rochester. Pysyk possessed the mental skills for the NHL then, Sabres coach Ted Nolan said, but he needed to mature physically. The Sabres wanted Pysyk to get more seasoning in the AHL.

“The maturity level, he’s becoming a man,” Nolan said Wednesday inside the First Niagara Center. “He doesn’t look like a boy anymore. This is a man’s league, and you have to make sure you’re physically fit. … So now I think he’s ready for primetime.”

Pysyk was recalled for two games prior to Christmas and again Sunday. He played in Wednesday’s contest against the Tampa Bay Lightning, just his sixth NHL appearance since Jan. 24.

The 2010 first-round pick has paid his dues and perfected his game, Nolan said. He might never go back to the minors.

“Hopefully,” Nolan said, “he’s here the rest of the year.”

Update: Pysyk has been sent back to Rochester.

Pysyk averaged 18 minutes, 24 seconds of ice time in his first three games this season. He scored in Monday’s 5-2 loss in Ottawa, his third NHL goal.

“It’s exciting to be back here,” Pysyk said.

The quiet Pysyk, who always seems to be smiling, said he understands why his development has been handled so carefully. After the Sabres sent Pysyk down last winter, many expected he would return following the Olympic break. Instead, he stayed until a two-game recall in April.

“That was the message,” he said.

When the Sabres acquired four veteran defensemen during the summer, there was another message: Pysyk would likely start 2014-15 in Rochester. Pysyk’s fate was sealed when he injured himself during his first preseason shift.

Still, even as veteran defensemen Andre Benoit and Andrej Meszaros struggled mightily earlier this season, the Sabres kept Pysyk down.

“There’s eight D up here,” Pysyk said. “Obviously, they’re not going to call somebody up when you got eight healthy guys here, so it’s just playing my game down there, not really focusing on it. I try to focus on just playing for the Amerks.”

Pysyk, who has one goal and 11 points in 30 games with Rochester this season, believes he hasn’t outgrown the AHL.

Pysyk’s work paid off with a nice promotion.

“This is where you want to be playing hockey,” he said.