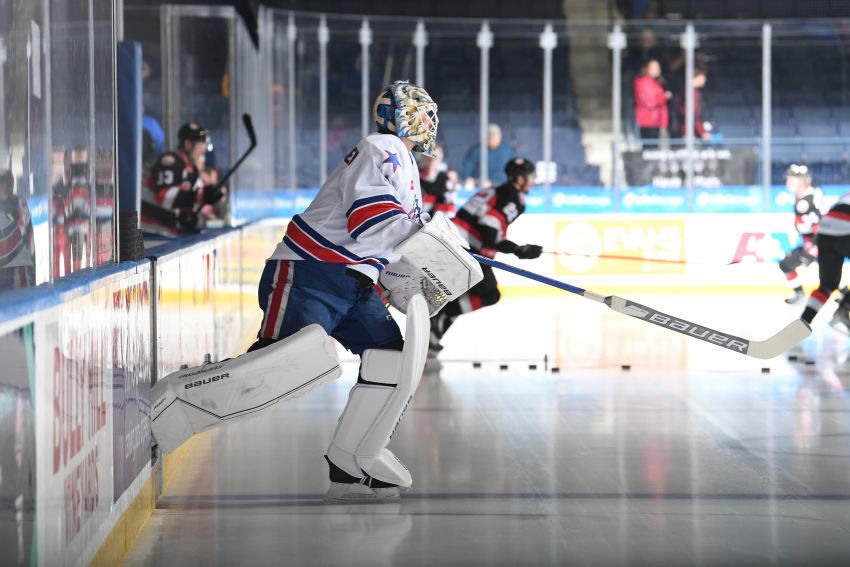 “It’s not short-term,” Appert told reporters Sunday of Luukkonen’s injury. “It’s going to be minimum of a few weeks or so.”

Luukkonen, 23, left Friday’s 8-1 win over Utica Comets in the first period and was replaced by Aaron Dell. That victory, coupled with the Toronto Marlies’ 5-2 loss on Saturday to the Belleville Senators, clinched the Amerks the AHL’s final playoff spot.

Dell, 32, will likely handle the goaltending duties in the best-of-three series against Belleville, which begins Wednesday in Rochester.

Luukkonen recently found a groove following a rough stretch, and the Sabres would love for him to experience his first playoff action as a pro.

The Amerks also have goalie Corbin Kaczperski, who played four games for the Syracuse Crunch this season, on the roster. They could also recall goalie Michael Houser, who backed up for the Sabres in Friday’s season finale, from the Cincinnati Cyclones. Right now, the Cyclones are participating in the ECHL playoffs.

Meanwhile, the Sabres on Sunday gave the Amerks reinforcements by sending them forward Peyton Krebs and defenseman Mattias Samuelsson.

Krebs, 21, and Samuelsson, 22, played for the Amerks earlier this season before earning regular duty with the Sabres. Appert told reporters in Rochester he expects them to join the team today.

“Really excited,” Krebs said Sunday as the Sabres held end-of-season meetings inside KeyBank Center. “Obviously, it was a tight one for them getting in there and glad that they are.”

Samuelsson said he’s dealing with an ankle/foot injury and doesn’t know if he can play Wednesday.

The Sabres also sent defenseman Casey Fitzgerald, 25, to the Amerks prior to Friday’s season finale. Fitzgerald also began the season in the AHL before graduating to regular duty with the Sabres.