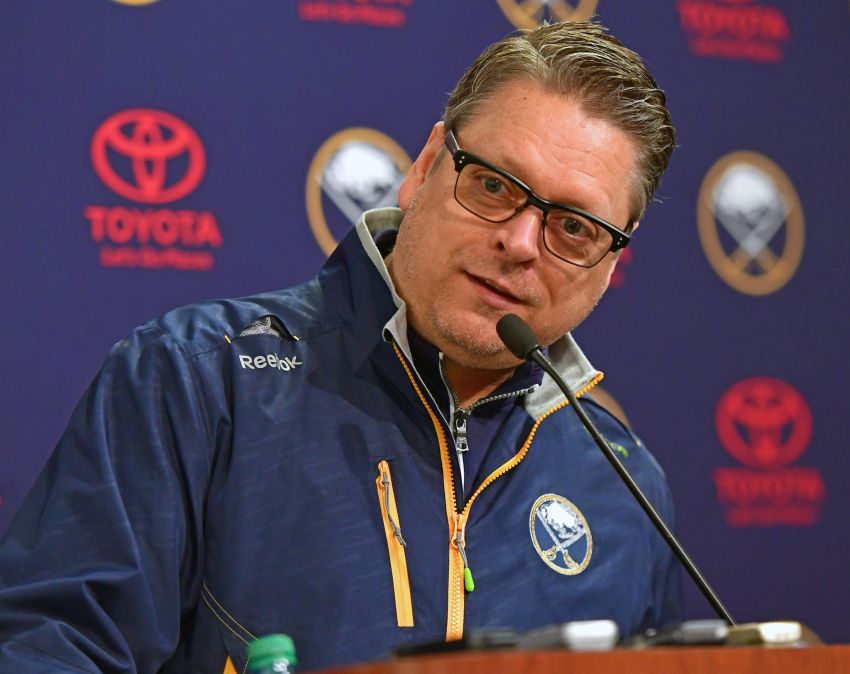 “He’s my coach today, I’m the general manager today,” Murray said Wednesday during his end-of-season news conference inside KeyBank Center. “There’s a review top to bottom. I have to meet with ownership next week in Florida. I’m sure I’ll be reviewed, I’m sure I’m being reviewed right now, as I should be.”

Murray shouldered blame, too, saying he was “willing to take the knife.” He started his 30-minute question-and-answer session by saying from “top to bottom in the organization, we understand it was a very disappointing season.”

“I stand here and take full responsibility for our position, our standings and how it finished,” he said.

Murray acknowledged the Sabres’ rebuild has stalled. Next season, he said, they must make the playoffs.

So what must change? In holding exit interviews with players, Murray said he learned the Sabres must “be clearer in our message.”

That means becoming “more demanding in every area,” Murray said.

What falls on the coaches? A lot, of course.

Murray believes the Sabres worry about the opposition too much.

“We should worry about what’s going on in this building,” he said.

For example, instead of hunkering down and watching video for hours, he wants the coaches to establish better relationships.

Murray wouldn’t delve into what exactly went wrong during the Sabres’ 33-37-12 campaign, only saying injuries – the team’s top offensive threats, most notably center Jack Eichel, all missed chunks of time – played a role.

Not surprisingly, Murray said his top offseason priority will be strengthening the team’s defense.

“I’m trying not to (expletive) on the defensemen we have here,” he said.

Still, Murray knows the group was the team’s weakest spot. The Sabres gave up an NHL-high 34.3 shots a game and struggled to score even-strength goals because of an awful transition game.

“We have to be able to play a transition game,” Murray said. “We can’t have 90 percent of our goals coming off of hard work and the cycle, and that’s where they all came from. So this game is about speed and transition and we failed there. That’s on all of us.”