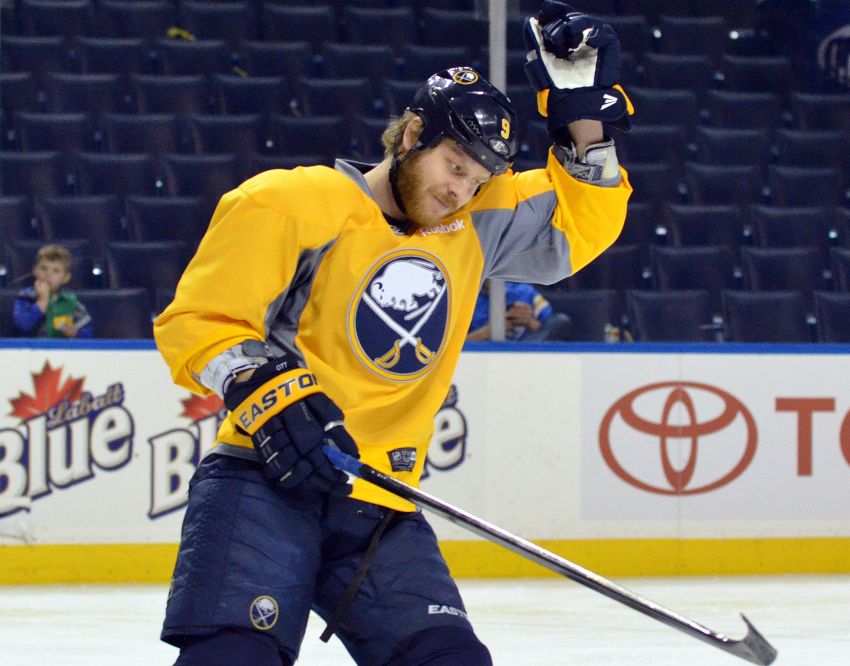 BUFFALO – The Sabres will wear their gold third jersey for the first of 10 home games Sunday against the Detroit Red Wings.

That’s 10 of the 29 remaining games inside the First Niagara Center, Sabres fans. Ten!

Fans immediately panned the two-tone jersey, which features gold as the primary for the first time in team history, after Sabres captain Steve Ott unveiled it via Twitter on Sept. 4.

Reaction has been so harsh many have been wondering if the struggling Sabres would ditch the jersey altogether. President Ted Black recently told WGR the sweater has received “a ton of criticism.”

Some facts about the jersey the Sabres released today:

– The Sabres’ creative team worked in collaboration with Reebok. Team ownership “challenged” the design team, which studied jerseys from across professional sports for “inspiration,” to use gold as a primary color.

– The design concept – gold as the primary front color and navy on the back – is “believed to be a first for the NHL.”

– The Sabres designed a new word mark for the pant leg, just below the neckline and right above the crest on the front.

– Reebok designed a “unique font” for the jersey numbers and names inspired by “tips of actual sabers.”

– Captain and alternate captain insignia use crossed swords as design elements. The patches have been moved from the chest to the shoulder.

The Sabres will start selling the jerseys Sunday.