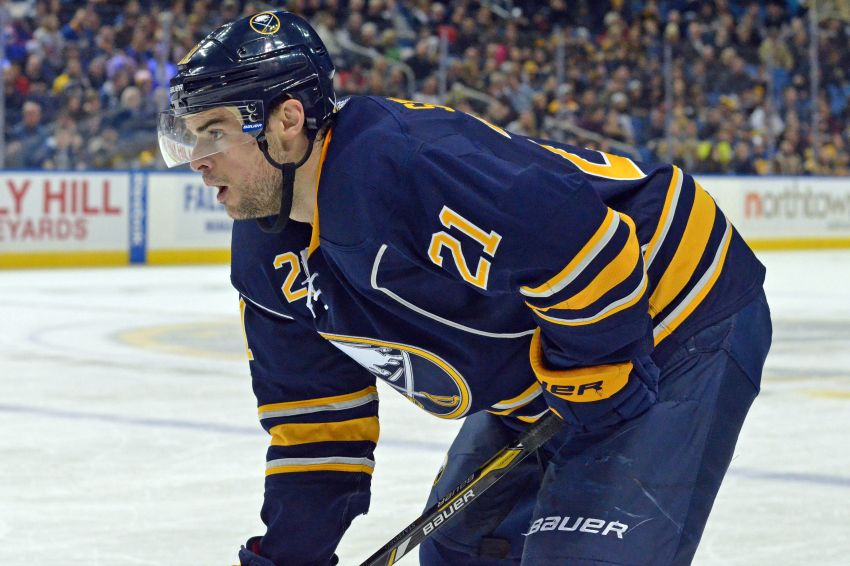 “We can’t control what people do and what they say, but we can certainly control how we’re going to run this organization and what we feel is necessary for the development of young players,” Nolan said after the Sabres prepared for tonight’s game against the Philadelphia Flyers inside the First Niagara Center. “The tail can’t wag the dog; the dog wags the tail.

Grigorenko’s supposed to report to the Quebec Remparts today.

Stafford, who hadn’t practiced since hitting Minnesota’s Matt Cooke on Jan. 2, is closer to returning than McCormick, however. Stafford said he’s day-to-day.

“Everything feels fine,” McCormick said. “They just want a little more healing in it.”

He added: “Just feels good to be around the guys again. I got a bit of time ahead of me. But everything’s kind of progressing the way it wants to.”

Nolan on how he would describe goalie Ryan Miller’s recent play: “Out of this world maybe.”

Miller’s .950 save percentage over his last 10 appearances is the best of any 10-game stretch in his career. He made 28 stops in Sunday’s 2-1 shootout win in Washington, including an incredible stick save on Mikhail Grabovksi.

“His last two starts and every game he’s played since I’ve been here has been outstanding,” Nolan said. “That save he did (Sunday) night was one for the ages. But he’s been rock solid in the net. He makes difficult saves look very easy. So he’s been very, very good.”

Sunday’s road triumph, the Sabres’ first under Nolan, ended a 0-9-2 stretch. They hadn’t won an away game since a 5-4 shootout victory Nov. 5 in San Jose.

“I didn’t realize we didn’t win on the road for that long,” Nolan said. “But the guys really sure knew. But not so much where we won, it’s how we won. I thought it was a real total team effort from the 20th guy to our goaltender right through the whole lineup. Everybody contributes. Since I’ve been here it’s probably the best as a team that we have (played).”

The Sabres have a point in eight straight home games (6-0-2) entering tonight.