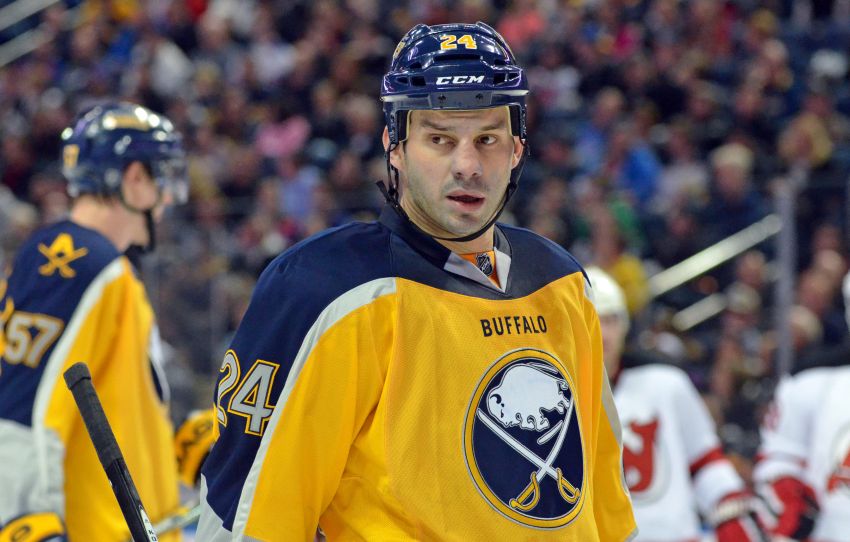 “He’s been there with grandma for a bit,” Konopka said inside the First Niagara Center.

Hoppy doesn’t like flights, so a friend drove him from Minnesota to the area.

“It’s time for the big guy to finally make his return to Buffalo,” said Konopka, who was claimed on waivers Jan. 3.

To Konopka, who misses Hoppy “big time,” the rabbit’s like having a cat or dog.

“I throw him in bed with me,” he said. “We kind of snuggle around for a bit. He’s good for like 10 minutes. Then he gets antsy.”

Konopka also said he’s excited his line of wines will soon be available at Buffalo-area liquor stores. Right now, he’s working with a distributor to bring them in.

He has a “bunch” of different wines. He’s most proud of one from Napa.

“It’s phenomenal,” he said. “It really is. We got a bunch coming in for the boys.”

He also has an ice wine called “Center Ice” about to be released.